Equal parts hysterical and heartbreaking: “Me and Earl and the Dying Girl” movie review 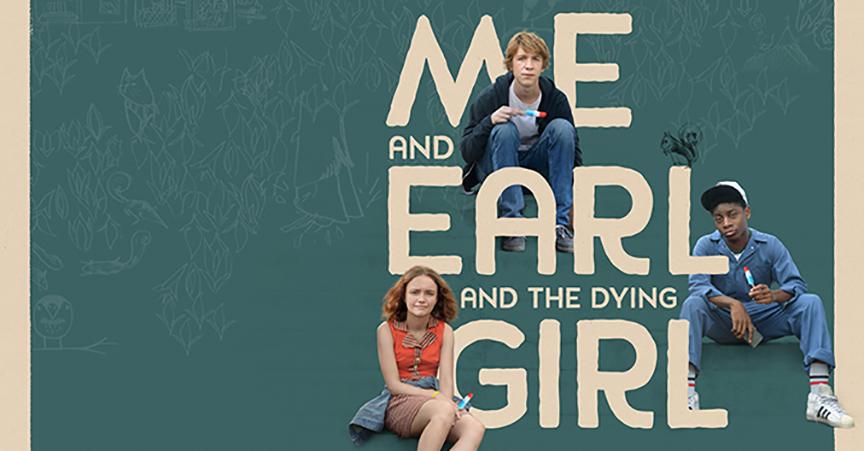 Few films are as emotionally moving as “Me and Earl and the Dying Girl.” What is marketed as a feel-good comedy, doesn’t pull any emotional punch and isn’t afraid to make to jump from emotion to emotion. It’s a special film that is different from pretty much every cancer movie ever made, but it does unfortunately accumulate some flaws toward the second half of the film.

“Glee” and “Red Band Society” director Alfonso Gomez-Rejon tells the story of Greg (Thomas Mann), a senior in high school who enjoys having a low profile in school. Greg makes amateur movies, mostly spoofs or knock offs from classic films. Greg makes the movies with his friend, who he calls his “coworker,” Earl (Ronald Cyler II).

Toward the beginning of the school year, classmate Rachel (Olivia Cooke) is diagnosed with Leukemia. Greg’s mom forces Greg to hang out with Rachel and forms a close friendship with her. Along with Earl, they navigate through high school as Rachel continues her struggle with cancer.

For the first half of the film, the plot is incredibly hilarious while being all too relatable. From the cinematography to the dialog, the film is very quirky and witty. This works very well because the quirky nature complements how the characters and events are relatively awkward. There are so many back to back laughs in the beginning of the film that it can be a fun movie to enjoy.

The second half is, however, much different than the first. It’s much more serious, and is even “hard to swallow” at some points with how heavily the premise can be. This clashes with the quirky, stylistic part of the first half.

The separated parts are both great on their own, but together they can create a somewhat incoherent picture with some wonky pacing. There is also some writing that is inconsequential, and is used as padding that only further plagues the pacing.

The characters are really well written, barring some decisions in the second half, and the casting is undeniably perfect. Mann and Cooke give fantastic performances. There is a lot to demand from their characters just from the emotional range, but they nail every scene.

However, it is Cyler as the hilarious Earl that steals every scene. Earl is a very monotone character that acts as this film’s voice of reason. Earl is also responsible for delivering the majority of the comedic lines in the film, and Cyler masterfully delivers.

The look and style of the film is, as said above, very quirky. The camera angles and various shots are very reminiscent of something out of “Donnie Darko” or a Wes Anderson film with how unusual and charming the film looks. Additionally, the score hits all the emotional beats perfectly.

For everything “Me and Earl and the Dying Girl” does wrong, it does two things amazing to make up for it. While inherently flawed, it’s a very special film that achieves what it set out to do, and it is one of a kind.