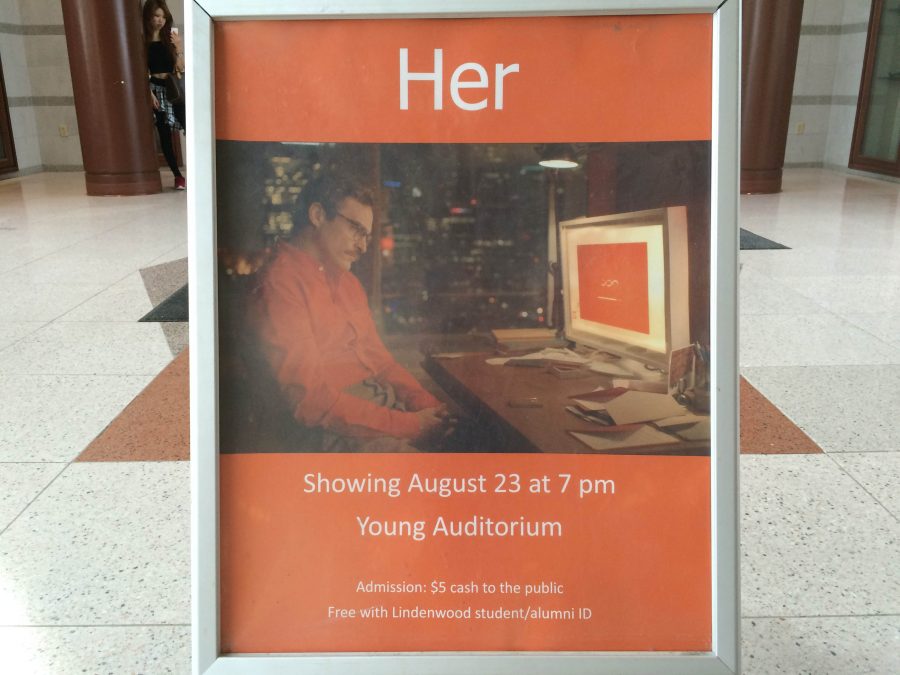 “Her” is an up-close screening of a sad man’s soul, an intensely intimate portrait of life among the ruins. The film’s protagonist, Theodore Twombly (Joaquin Phoenix), wants to erase the pain of a post-divorce world, a melancholic metropolis where inhabitants shadow the streets. So he enlists the assistance of an operating system (the voice of Scarlett Johannson) whose voice sounds seductive yet innocent. The two fall deeply in love, not so much with each other as with the wondrous world around them. And then the picture stops, its story having ceased, Twombly staring ahead as a twinkle spans the sky.

What is it about this movie that seems so magical and new? Its story sounds simple yet doomed, like an indie epic infused with technology in an attempt to entertain. And yet the picture is one of the most original American artworks of the new decade, a visionary story of love lost and found in a future age.

It opens with a face. Set squarely in the center of the frame, Theodore Twombly’s soft countenance speaks in close-up as it dictates a love letter in front of the audience. Here writer/director Spike Jonze lifts a line from his ex, Sofia Coppola, whose 2003 film “Lost in Translation” began with a shot of Scarlett Johansson lounging in her underwear. Each of these images encapsulates its respective film, granting glimpses of a beautiful soul lost and lonely in the world. “Her” is, after all, about the pleasures of technology and the dangers; the companionship it can provide, the isolation it ensures.

Go see “Her” on the big screen, where its cityscapes can be appreciated in all their gloomy glory. The film, like “Lost in Translation” before it, presents a great humanist statement on the sublime period preceding epiphany.

“Her” will be shown at Young Auditorium as the first installment of the Fall LU Film Series on Sunday, August 23, at 7 p.m.