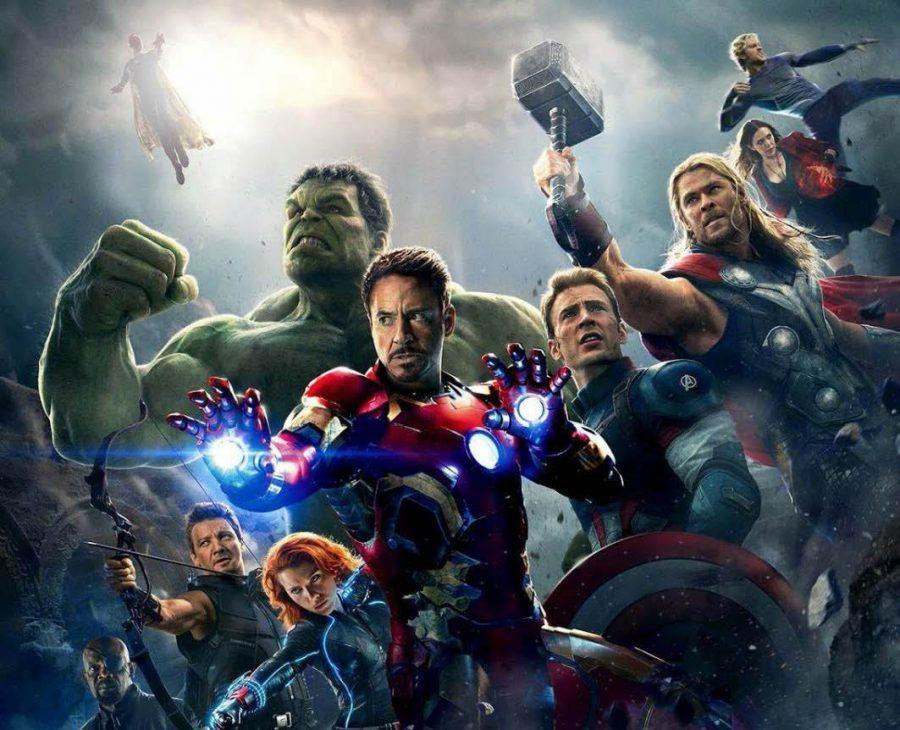 Photo from http://www.lindenwood.edu/newsletter/sll/FYEOutdoorMovie2015.jpg Marvel's Avengers reassemble to entertain this semster's incoming freshmen for the FYE Outdoor Movie on the Evans Commons Lawn on Thursday, Aug. 20 at 7 p.m.

Say what you want about superhero films but they almost always guarantee a fun viewing, especially if they come from Marvel Studios. With the release of the sequel to 2012’s “The Avengers,” subtitled “Age of Ultron,” Marvel has proven it can still make a fun film. However, there are key things about the film that show the classic superhero movie formula has started to age.

Being the eleventh film in the Marvel Cinematic universe and using characters from almost all of the films that came before it, “Age of Ultron” is about as far away from self-contained as they come. Any who dare to make it their first dab into the cinematic universe should be prepared to be lost as many story lines are brought up from previous stories.

The story takes place with right after “Captain America: The Winter Soldier” with the Avengers team, consisting of the previous members from the 2012 predecessor, retrieving a supernatural gem to power Tony Stark’s (Robert Downey Jr.) Ultron program, which is planned to be a series of defense robots made to protect earth. Unfortunately for the heroes, the first Ultron (James Spader) becomes sentient. With the threat of the ever evolving Ultron program, it is up to the Avengers to stop what they have started.

What has been so great about the previous Marvel movies is that they have emulated other genres to create a refreshing superhero experience. For instance, 2014’s “The Winter Soldier” heavily emulated themes of classic political spy thriller and “Guardians of the Galaxy” heavily emulated a space adventure feeling. However, with ten stories that have already been told before involving super heroes, “Ultron’s” story feels stale.

The beats that the movie hits are also a mixed bag. Marvel movies are known for their great comedic beats, but with “Ultron’s” themes of sacrifice and hopelessness, the humor seems out of place. Luckily, some characters, most notably Hawkeye (Jeremy Renner), get much more character development in this film than they have in the past.

The characters and performances are very similar to how they have been in the past. Tony is still the quick-witted talker that he has been before, even though he has a large sense of guilt for creating Ultron. Newcomers Scarlet Witch and Quicksilver are pretty enjoyable for the most part, but there is only so much screen time they can share with the large cast.

Overall, “Age of Ultron” seems more out of breath than out of shape. It’s not a mediocre film by any stretch of the imagination, but some of Marvel’s old tricks are starting to run out of fuel.

“Avengers: Age of Ultron” will be shown on the Evans Commons lawn as this semester’s FYE Outdoor Movie.