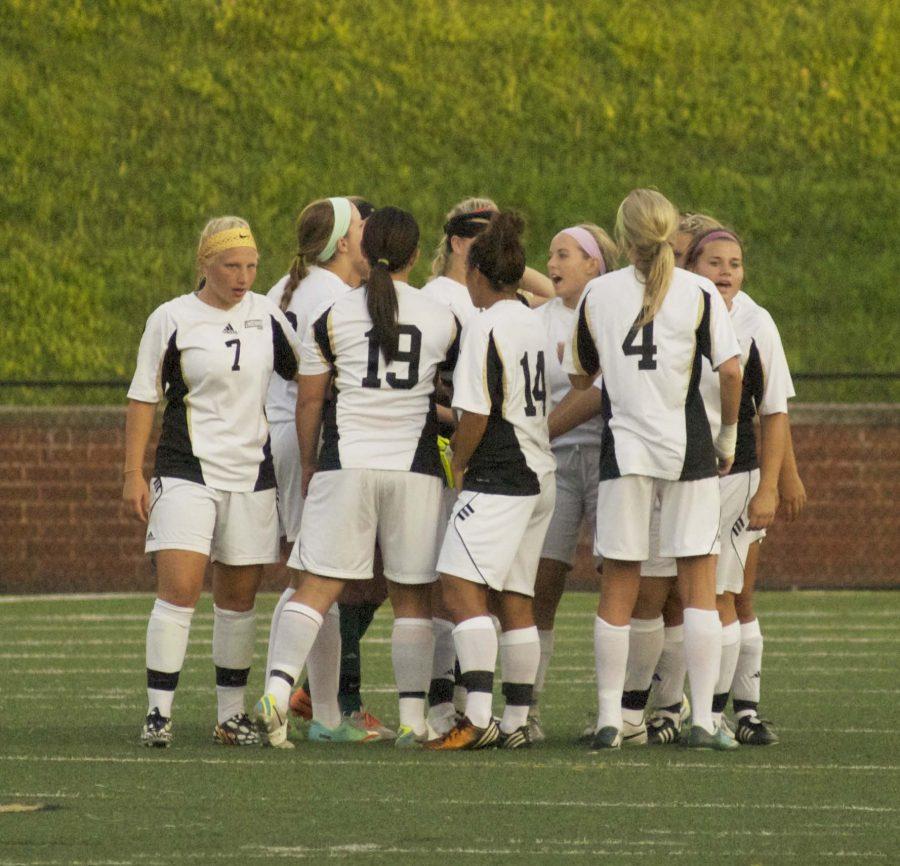 The women's soccer team huddles during a match.

The Mid-American Intercollegiate Athletics Association released its annual 2015 women’s soccer preseason coaches poll Aug. 20, 2015, projecting all 11 teams placement in the standing at the conclusion of the upcoming season. 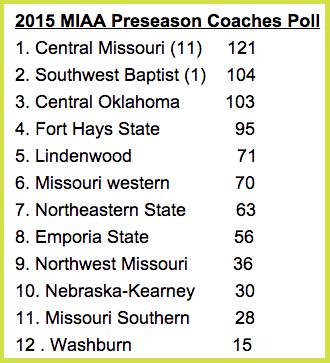 The University of Central Missouri was chosen as the top MIAA team in the poll, receiving 11 of the 12 first place votes.

Rounding out the top five is Fort Hays State, which finished with 95 points, 24 ahead of the fifth place Lions.

Last year, UCM finished with a perfect 14-0 record inside the MIAA, winning the league over second place Southwest Baptist, which finished with an 11-3 conference record.

The Lions finished last season fifth in the MIAA with a conference record of 6-6-2 and an overall record of 7-9-2. They lost 5-0 in the first round of the MIAA conference tournament to Central Oklahoma.