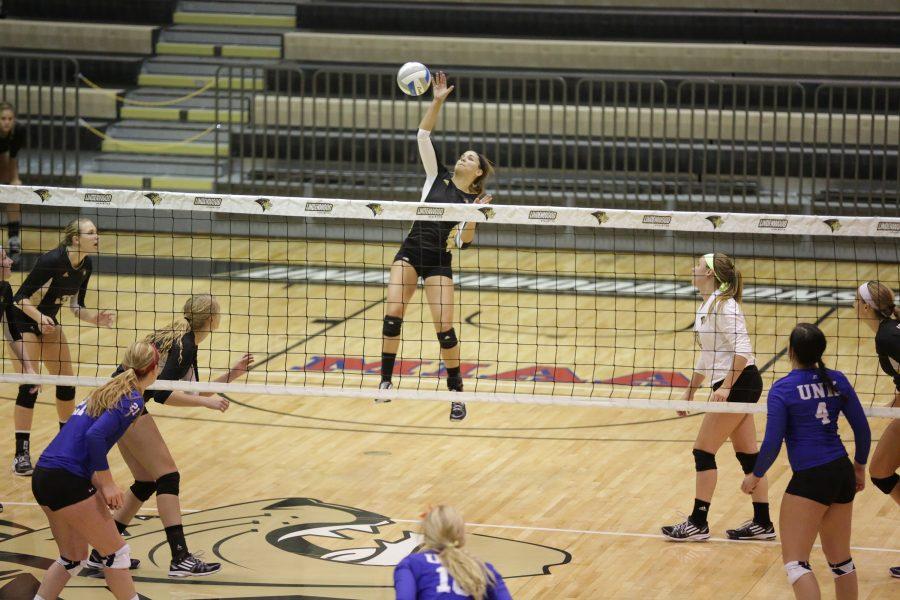 The women’s volleyball program looks to turn things around after an injury-plagued 5-25 season.

“Last year we had a ton of injuries,” said assiastant coach JP Dorn. “All of those injuries have had surgery and are healed and ready for the season and ready to go. We have a nice full roster.”

Despite the injuries that piled up a year ago, Dorn believes that going through that expereince helped the team.

“Anytime you are in a match you gain experience, I think that contributes to this year. Everyone is one year older with one more year of experience. I think we are in a good, positive atmosphere. We don’t care about last year as it no longer matters. We are in a good place,” said Dorn.

Coming off a season in which Kayla Guyot and Shannon Doyle earned Honorable Mention All MIAA status, the Lions will feature similar personnel this season. With two practices a day beginning on Monday, Aug. 17, the Lions have gotten right to work on and off the court.

“We have been hitting the ground running since Monday,” said Dorn, who will be leading practices this season.
“The girls came back and hit their mile times. Conditioning will be amped up with me this season.”

The Lions are looking to change things up a bit on the court as they plan to use a two setter offense run by senior Sarah-Jane Pavlick and freshman Ally Clancy.In this style, the setters operate from the back row, allowing the team to have three front-row hitters on the court at all times.

The Lions begin their season with the Christian Brothers Tournament in Memphis, Tennessee on Sept. 4 against Mississippi College at 4:30 p.m.