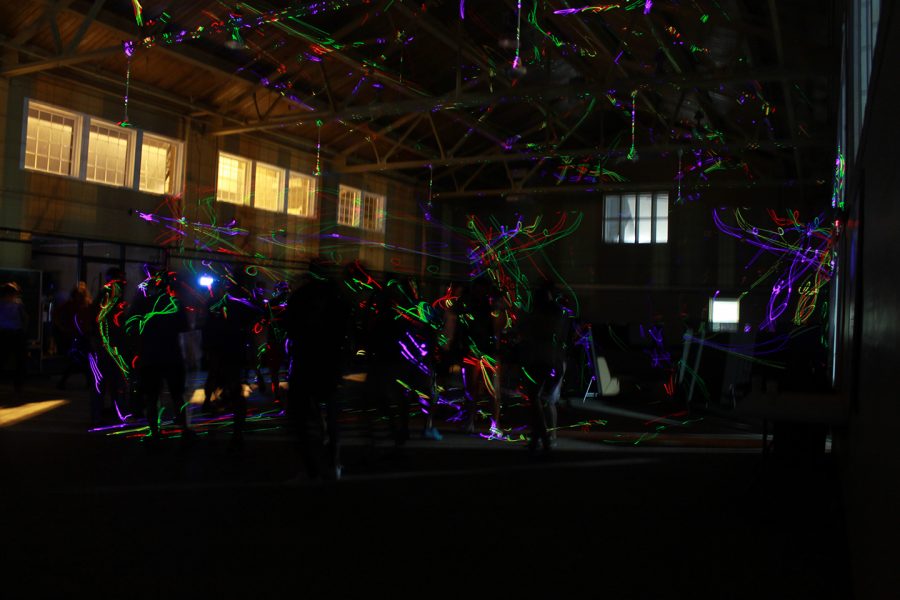 Butler Loft lit up the night with a beat that sent a gathering of students into a roaring mass. Lindenwood fraternity Delta Tau Delta hosted Deltstep, a dubstep concert with the local DJ duo You Know, as well as Lindenwood alumnus Danny Simms.

Enthusiastic partygoers socialized outside in the plaza, while others inside lit up the dance floor alongside the flashing concert lasers and smoke machines.

Student Nick Simmons, an attendee who is not a member of DTD, said that Lindenwood’s fraternities can be a “shining example” to others. Delts said they wanted to provide a social venue for incoming freshmen to meet new people and see a bit of the campus’ social life.

Event organizer JB Westerholt said that these events help provide a “positive image for the campus.” He also mentioned the upcoming annual recruitment rush. Westerholt headed into the Loft as the beat dropped and the DJ rumbled out an invitation to party.