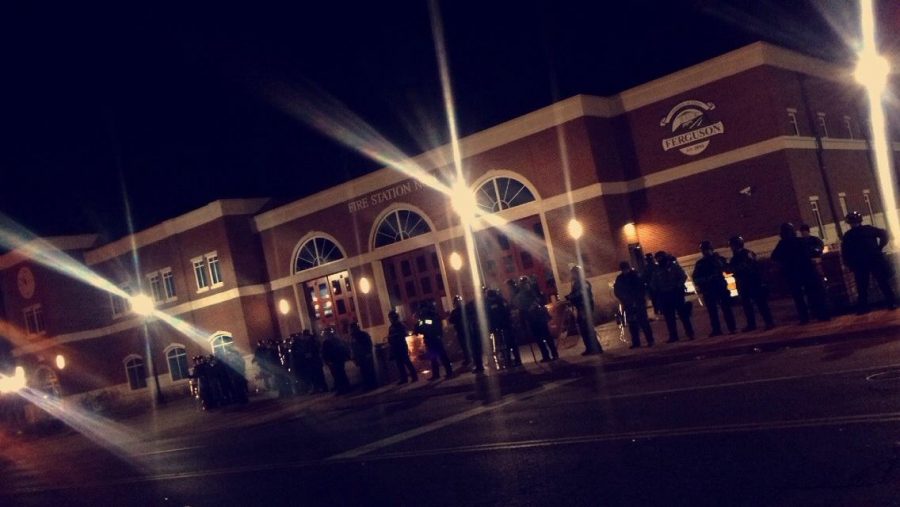 It is always interesting to see how news outlets can portray certain events that are happening in the world in very different ways. It is no secret that media has always been biased. However, while I spent my summer break back home in Germany, I especially noticed the effects it can have on people when news is blown out of proportion.

During the one-year anniversary of the Michael Brown shooting in Ferguson, many protesters came out again to voice their opinion and concerns, and unfortunately, it also caused some unrest. Since everything revolving around the Ferguson shooting and the issues it initially brought up have been on the news repeatedly as well as a constant topic of conversation, obviously it was covered on the news in Germany, where I live.

I know that it is important to keep in mind that racial issues, as well as any shootings, aren’t events that are as common in Germany as they are in the U.S. So every time something like that happens it will most likely be talked about on German news. This time though, I was surprised how German media made the situation seem much worse than it actually was. Phrases like “complete chaos,” “state of emergency” or “continued crisis” repeatedly showed up in headlines, which really started to worry people in Germany. Some of my friends and family kept asking me if I really intended to go back to Lindenwood now, as it seemed like it wasn’t safe to be here anymore.

I’ve lived here long enough to know that I didn’t have anything to worry about, and I figured that St. Charles wasn’t really going to be affected by this. However, it did make me think of other international students who were about to start their first year here at LU. What if the media in their home country portrayed what happened in Ferguson in a way that actually dettered them from coming here? I believe that every country and every news outlet will portray events a little bit differently. Though once a story is depicted as something it really is not, that is when it becomes problematic.