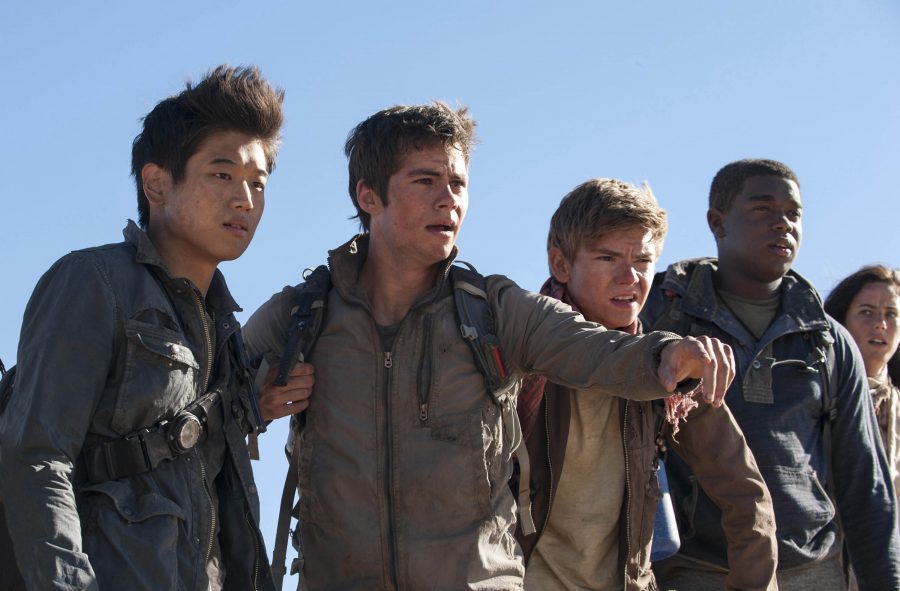 In a world where it is getting tougher and tougher to tell your Katniss Everdeen’s from your Bella Swan’s or your Panem’s from your Five Factions, I was pleasantly surprised to find a young adult novel adaptation that kept my attention and did not fall under the same tireless conventions as other films of its kind in the form of 2014’s “The Maze Runner.” That was, until, the final moments of the film in which (SPOILER ALERT) the young amnesiacs led by Thomas (Dylan O’Brien) who were held captive in a mysterious maze guarded by sub-mechanical creatures was all an elaborate plan run by government entity WCKD in attempt to test the endurance of youths born into the dystopian wasteland that the world has become. It may sound familiar, but director Wes Ball made great use of the subject matter, resulting a refreshingly thrilling story of courage and companionship within hazardous boundaries. I wish that I could say the same about its follow-up, “The Scorch Trials.”

Based on the second book in the series by James Dashner, “The Scorch Trials” begins where “Maze Runner” left off. Thomas and his friends, having successfully escaped the Maze, are placed in the hands of a facility that claims to be a safe haven away from WCKD. However, Thomas, is suspicious about the entire affair, being the main character and all, and with the help of a quiet kid whom nobody talks to, he discovers that they are still pawns in this WCKD little game. In the nick of time, Thomas and the gang escape WCKD and take their chances in the Scorch: the desert wasteland that the world has become. That is the point at which the film feels very similar to an action movie that came out earlier this year starring Tom Hardy and Charlize Theron (“Mad Max: Fury Road.”)

Out on the Scorch, the youths must also face people infected by a virus that transforms its victims into malicious, brain-dead flesh eaters. This reminded me of another zombie movie set in a desert (“Resident Evil: Extinction.”) They soon take refuge at the hideout of a group of refugees led by Jorge (Giancarlo Esposito) who hope to find a group of rumored resistance fighters located somewhere in the Scorch that has kept itself under WCKD’s radar as they plan to rebel. That was about the time I was reminded of another YA novel series about rebellion (either “The Hunger Games” or “Divergent.”) At that point, I was just waiting for Thomas to get two love interests to choose from, a la Katniss’s love triangle with Gale and Peeta. And that is exactly what happened. If you think I should have said SPOILER ALERT prior to this reveal, ask yourself, “Did I really not see this coming?”

So, essentially, if you have seen any YA novel adaptation, you have already seen “Scorch Trials.” I now realize that, as much as I still enjoy “Maze Runner,” it was just a convincing little worm used as bait to reel audiences back into this excruciatingly familiar world which I hoped we would not have to return to.

If only this series was not forced into riding on the coattails of the success of “Hunger Games” and “Divergent,” “Scorch Trials” might have been a fantastic, thrilling adventure like its predecessor, but, unfortunately, it is trapped in the maze.