’10 Things I Hate About You’ throwback review 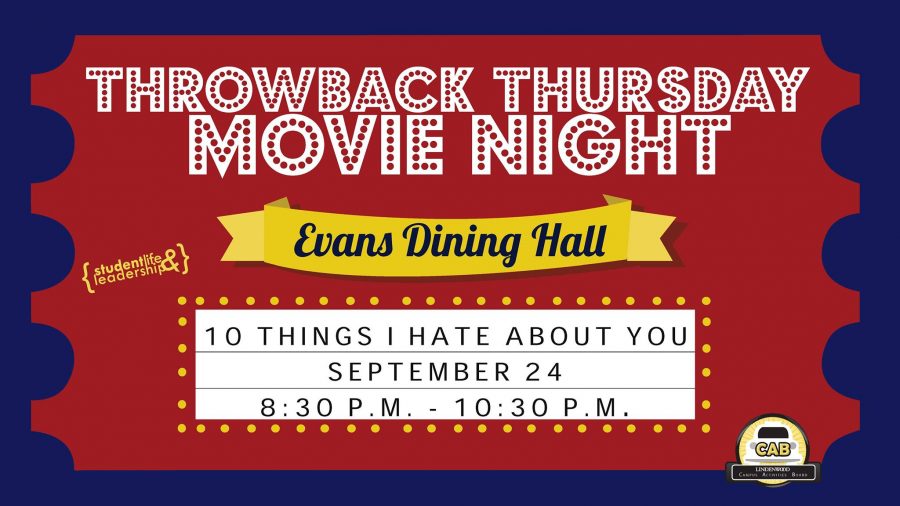 As part of its Throwback Movie Night, CAB will be showing the film that brought late Academy Award-winner Heath Ledger into the mainstream, which may also be the ultimate ‘90s high school comedy, if it were not for the fact that most of its material is ripped off from the 1980s.

“10 Things I Hate About You” sets out to adapt the work of William Shakespeare, in this case “The Taming of the Shrew” specifically, in a way that a young audience could relate to and understand the language easier than Shakespeare’s extravagant prose. It certainly succeeds in being a relatable commentary on high school, but it feels more like a failed homage to John Hughes than Shakespeare.

The story, from screenwriters Karen McCullah and Kirsten Smith and directed by Gil Junger, is about two vastly contrasting sisters. Senior Kat (Julia Stiles) is a dismissive, feminist outcast who refuses to conform to whatever is popular. She is the original “hipster,” if you will. Sophomore Bianca (Larisa Oleynik) is a superficial, naive free spirit who enjoys the attention she gets, especially from the opposite sex. Their overprotective single father Walter (Larry Miller) originally refuses to let either of them date until they graduate, until he alters the rule to let the eager Bianca date as long Kat does. Coincidentally, Bianca has caught the eye of new student Cameron (Joseph Gordon-Levitt). Upon learning that Kat must find a date for Bianca to date him, he calls on the assistance of his new friend Michael (David Krumholtz) to hire the school bad boy Patrick Verona (Ledger) to attempt the seemingly impossible task of wooing Kat.

The film succeeds in creating a plot structure that is appropriate to its original subject matter, but the success stops there. With recycled dialogue and plot twists you will see coming in the film’s first ten minutes, “10 Things I Hate About You” becomes an  unfortunate missed opportunity. It is especially disappointing when the two young women whom the story revolves around, Stiles and Oleynick, turn in the weakest performances out of the entire cast. Ledger, not surprisingly, excels in his role, but lacks chemistry with his on screen love interest, Stiles.

The movie has likable elements to it that could have made it a fun experience to get lost in if it were not for its distracting flaws. I think watching “The Taming of the Shrew” would be a much more interesting experience if not depicted with messy dialogue spoken by one-dimensional teenagers, but instead with the characters and setting that Shakespeare intended. As Daryl “Chill” Mitchell’s literature teacher Mr. Morgan says, “[Shakespeare] knows his s—.” This film does not.

“10 Things I Hate About You” will be shown in the Evans Commons Media Room, NOT THE DINING HALL as originally advertised, tonight at 8:30 p.m.