There is nothing special on Mars – ‘The Martian’ review 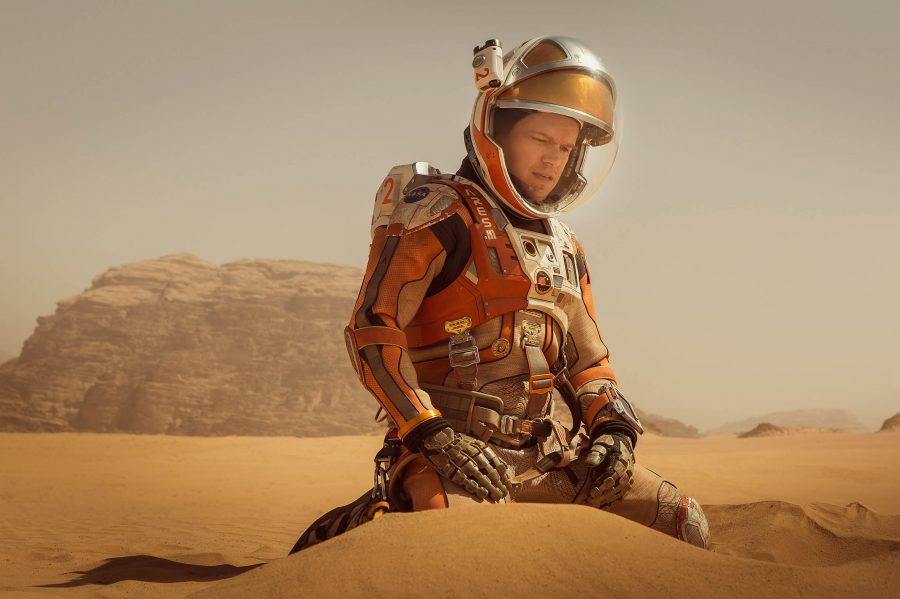 “The Martian” offers an unexpected view of space where astronauts crack jokes while working under pressure and the elements entail violence of a cartoon-like variety. The film’s main character, Mark Watney (Matt Damon), must learn to live amidst the arid atmosphere of Mars, a planet as plain and underdeveloped as he is. He has been left by his team, who thought him dead in the wake of a particularly hectic storm. He begins to cultivate the area, creating plans and delivering consistent comic relief.

The most interesting aspect of “The Martian” is the perspective it puts forth. As opposed to one of its director, Ridley Scott’s, other space endeavors, 1979’s “Alien,” this movie has a happy-go-lucky quality. Even at its most serious moments, the danger present seems to pose no threats. This lack of pressure makes for a fun movie, but a forgettable movie going experience.

“The Martian” is not a particularly special picture. There is nothing exhilarating about the visuals of space or the dialogue. See it as proof that Scott has become less cynical as the years have gone on. After all, he has crafted a picture in which he ignores the environments at his disposal and instead aims for a sort of comedic fantasy.