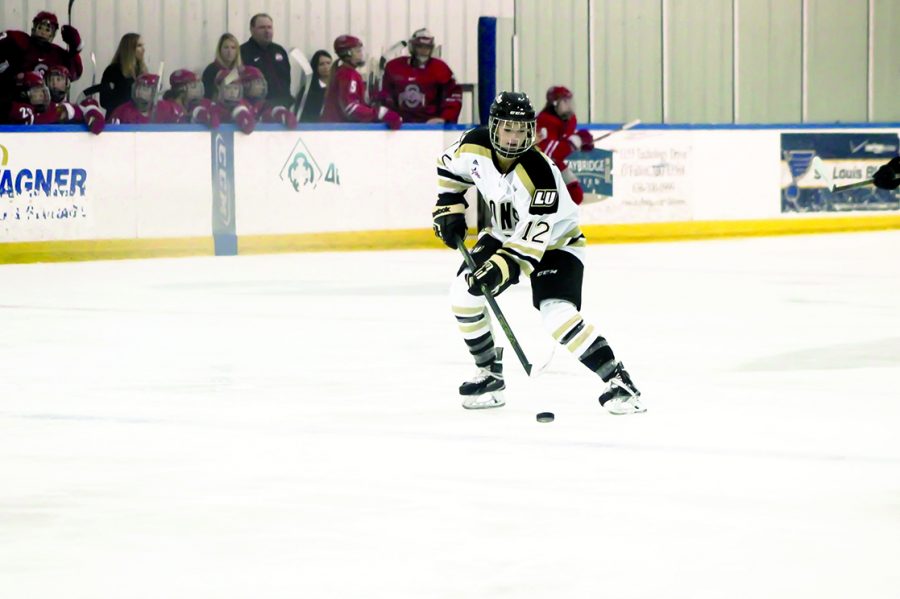 The women’s ice hockey team dropped to a 0-4-0 record after two tough losses to the Ohio State Buckeyes on Friday and Saturday.

Lindenwood fell 5-1 the first night and 3-2 the following evening.

Despite giving up eight goals on the weekend, the Lions offense was able to make a little noise.

This weekend, the Lions hope to find their groove on the road as they prepare to take on non-conference competition from the University of New Hampshire and Northeastern University out of Boston.

The Wildcats of UNH are currently 0-0-1 in the Women’s Hockey East Association (WHEA). Their single loss came from their home opener against the University of Maine. The Wildcats roster includes four players with U.S. National Team experience.

The Northeastern University Huskies are 1-0-1 in the WHEA going into the weekend following a win and a tie against St. Lawrence University of New York. Of the 25-player roster, 14 are underclassmen.

The team is led by senior Kendall Coyne, who netted 52 goals last season.

The Lions did not face either team last year, meaning Lindenwood will rely mostly on scouting reports and film while preparing this week in practice.

Despite back-to-back home stand losses, head coach Scott Spencer is hopeful things will turn around for the team in the next few match ups.

Friday’s 4 p.m. game in Durham, New Hampshire will be available via live stats from the Wildcats’ website.