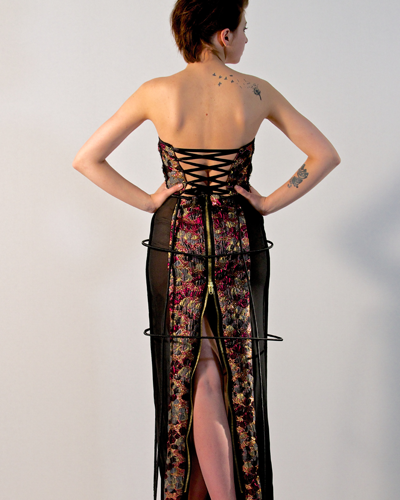 The Fourth Annual Design Alumni Showcase will give alumni and current LU fashion design students a place to display their new clothing pieces and raise money for study abroad.

The free event will begin at 4 p.m. Oct. 16 with a “mocktail” reception on the second floor of the J. Scheidegger Center for the Arts.

The designers for the evening will include Jessica Meyer, Barbara Bultman, Amera Mustafa and Brittany Radar, who are all Lindenwood alumnae.

“Barbara Bultman’s new collection won $15,000 in a recent fashion show and I’m excited to see what the collection is,” said Dr. Chajuana Trawick.

Doctoral student, Lisa Thompson will be giving a tribute to Nelly Don: Fifty Years of Giving, Fashion and France.

Don was born in Parsons, Kansas, on March 6, 1889. She was the first-ever married student at Lindenwood College and graduated in 1909, according to the university archives. She had always insisted on dressing nicely, even when she was working from home, so she designed dresses and aprons and began selling them to her friends and neighbors.

She eventually began selling her dresses at a local department store, and in

The Fur and Leather Centre is a sponsor for the event and will be donating some of its fur that evening for the runway. Proceeds from any of the Centre’s clothing sold that night will go to the study abroad program. The goal is to receive $1,000 in donations.

Trawick said, “Our concept is really focused around France — Paris, France — because we have an international study abroad program coming up this summer, and we wanted to incorporate our alumni coming back, Homecoming weekend, the Fur and Leather Centre and then our study abroad fundraiser.”