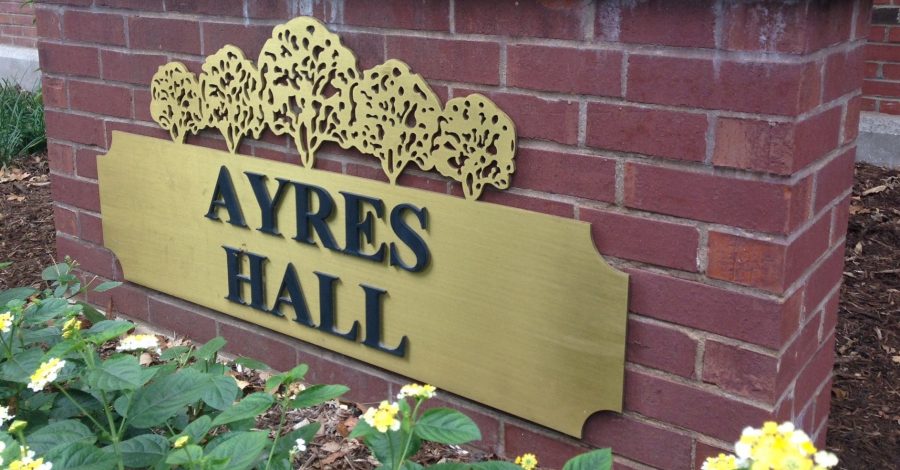 The newly all-female dorm, Ayres Hall, will be celebrating its gender change at 4:30 p.m. Friday with a ribbon cutting ceremony.

Over the years, the dorm has switched from female to male and back as the school transitioned from an all-women’s college into a co-educational institution. It also apparently had an interesting benefactor.

In 1907, then-President George Ayres solicited the help of American industrialist and philanthropist Andrew Carnegie to complete the building, according to the Lindenwood Connection. The school had 117 female students, too many to house in Sibley Hall, so Ayres traveled east ask for Carnegie’s help.

Carnegie told Ayres he would give the school $10,000 if Ayres could raise the remaining $30,000 needed for the project, the newsletter said.

The appeal for the new building was made during the college’s 75th anniversary, also known as a Diamond Jubilee. In response, the building was originally named Jubilee Hall and features diamond patterns throughout the brickwork.

Its name was later changed to Ayres Hall in 1927, in honor of the former president who led the campaign for the building’s construction.

Ayres-Jubilee Hall, started as a female dorm, but in the late 1960s it housed the “fabulous first 15” men to go to the school. Their reception apparently was not welcomed, since a male effigy was burned in front of the building, according to the newsletter.

In 1991, then-President Dennis Spellmann led the renovation of the hall to accommodate a record number of students, the Connection said.

Then recently, Housing Director Michelle Giessmann said the school realized it needed more apartment space for men’s housing and more dorm space for women, so Ayres was converted back to all women. It also went through some upgrades.

“It was given air conditioning, new flooring and carpeting over the summer,” said Giessmann.

Ayres Hall is finished and ready to be shown to some of its former residents of the class of 1965. There is also a dorm tour available all day where those former residents can relive a few memories in their old dorm rooms.

Giessmann said President Michael Shonrock, residential staff, graduates of the class of 1965 and some St. Charles alumni are expected to attend.