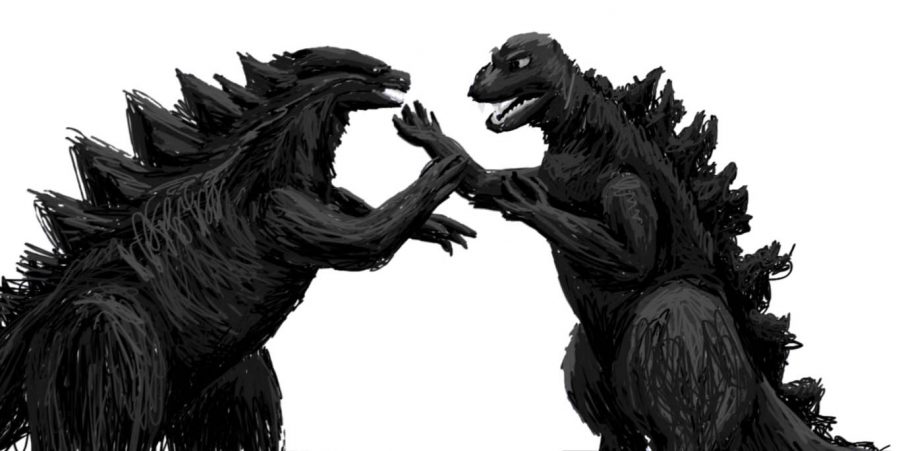 These days, no one can make a monster movie without drawing references to the most famous radioactive creature in cinema: Godzilla. This must be why Warner Bros. turned to Gareth Edwards, the director of the 2010 critically acclaimed indie, aptly titled “Monsters,” for the 2014 entry into the “Godzilla” franchise and make up for Roland Emmerich’s critically panned 1998 remake. As far as I am concerned, they picked the right guy.

Like Steven Spielberg did with his shark in “Jaws,” Edwards builds suspense by delaying the appearance of the title character until about the one hour mark, which makes Godzilla’s first scene, despite its abruptness, very exciting. Unfortunately, the Godzilla-less first hour is a more compelling narrative than the second half, dominated by Lt. Ford Brody’s (Aaron Taylor-Johnson) struggle to choose between keeping his wife (Emily Olsen) and son safe or helping keep mankind safe from two radioactive creatures who threaten to reproduce in San Francisco and release hell onto our world. But, honestly, the world does not need his help, because Godzilla, the government’s best kept secret, comes out of hiding to become humanity’s last hope.

However, Edwards does not make it as easy to root for the humans. I found myself more interested in how many buildings were destroyed than body count. Most of the characters are stiff and underdeveloped, urging you to want everyone to shut up and let the monsters fight.

The monsters do fight, and with such intensity and excitement, both visually and audibly, that the King of the Monsters finally has an Americanized movie to be proud of.

“Godzilla” will be shown at Young Auditorium on Friday, Oct. 16 at 7 p.m. as part of the LU Film Series.

It should be noted that I could not find the 1954 film “Godzilla” anywhere online.  I could only find the heavily edited American 1956 version “Godzilla: King of Monsters!” which features many edits to the plot. The original Japanese 1954 version is the one that will be featured at the Film Series.

It may seem strange considering the fact that there is a dark nature to the film, but I find the 1956 film “Godzilla: King of Monsters!” to be incredibly charming. Sure it is implied that thousands, if not more, died in the plot, but there is something too fascinating in the fact that this film, with its rubber suit and silly special effects, was actually made 60 years ago that I find it enjoyable.

The story centers on an American journalists as he visits Japan for a big news story. However, the story leads the journalist to discover that a giant dinosaur-like monster named Godzilla is terrorizing Japan. It is up to a small group of Japanese scientists to stop Godzilla.

The story is interesting enough but the real star of the show is all the carnage that Godzilla creates. Considering the special effects are more than half a decade old, they may come off as cheesy. However, it is clear that a lot of work was put into them and I enjoyed my time thinking how the filmmakers were able to pull of the action. The shots that show towers being destroyed and Godzilla’s plasma/fire breath were some of my favorites to watch.

“Godzilla” will be shown at Young Auditorium on Saturday, Oct. 17 as part of the LU Film Series.