“Crimson Peak” is rich in eye candy, not in storytelling 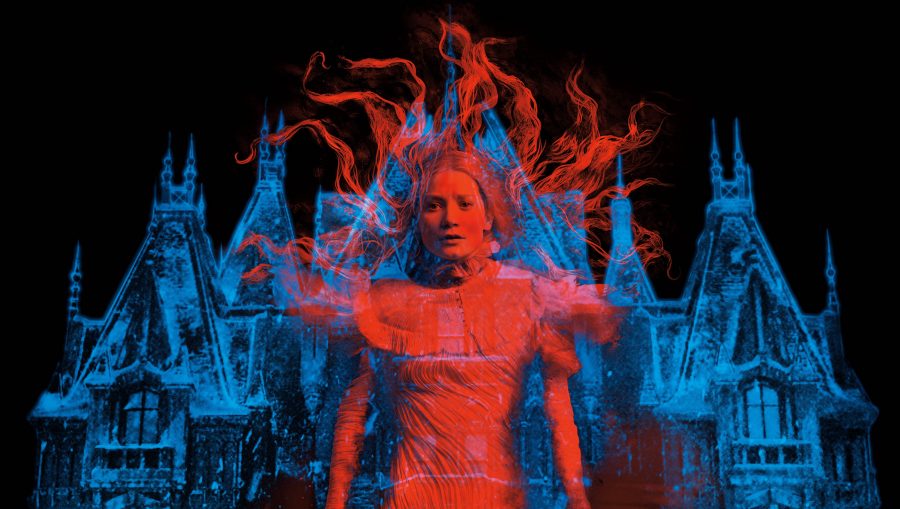 Named “The Master of Dark Fairy Tales” for a reason, director Guillermo del Toro is known for having films with horror elements without telling horror stories. His latest film, “Crimson Peak,” is no different. It is a gothic romance story that sprinkles horror pieces here and there whenever the pacing seems to slow down.

Set in the late 19th century, the film tells the story of Edith Cushing (Mia Wasikowska) an aspiring writer who falls in love with Thomas Sharpe (Tom Hiddleston), an Englishman who is in the wax seal industry. After the two get married, Cushing moves into Sharpe’s mansion, where strange things, including the site of ghosts, begin to occur.

Right off the bat, del Toro uses an incredibly similar story to his 2006 Spanish-language film “Pan’s Labyrinth.” Both “Crimson” and “Pan’s” begin with a shot of the main female protagonist, which turns into the opening of an old book. Both protagonists live almost a century ago, are introduced as having one deceased parent and are the only ones who can see supernatural things occur around them.

“Pan’s Labyrinth” is a flawless film filled with chills as frightful as its dramatic narrative is compelling. In addition to “Crimson Peak,” having an unoriginal feel because of this, everything done in “Pan’s Labyrinth” is done better, from the plot’s payoff to the individual character. The fact that del Toro repeats so much of his best film diminishes a lot from it, which is a shame because there is a lot to its romantic nature that could have given it a unique feel.

There is way too much unnecessary set up before Cushing moves into Sharpe’s creepy mansion, the main setting of the story. The film also does a poor job of explaining things naturally, such as Sharpe’s backstory, and lazily leaves it to long instances of nothing but exposition, bogging down the pacing.

Despite this, the romantic element is done decently. There is not enough time to flesh it out completely, but it makes the film unique, where the horror elements do not add much. The horror scenes are essentially repeats of the same ghost scares over and over again and do not move the plot forward at all.

The performances are done pretty well. While the cast is somewhat limited to one or two emotions, I feel Jessica Chastain gives the best performance as the mysterious Sharpe sister, Lucille.

As with his other films, del Toro creates visual candy with the aesthetics. The lighting, camera angles and set pieces are all a huge highlights, especially during scenes involving supernatural events. The costume designs are also the best out of any film this year.

“Crimson Peak” marks del Toro’s return to dark fantasy films, but it is also one of his weakest. Fortunately, there are still things that are done really well, such as the exciting final act. However, this Halloween, you are better off revisiting del Toro’s previous dark efforts.