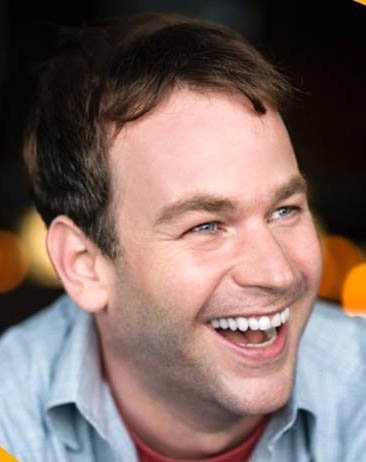 Mike Birbiglia has claimed that he does not give off a good first impression. As a comedian, that may be a blessing, given the hilariously awkward material it bestows him. If his claim proves to be true, perhaps his show at Lindenwood University on Saturday, Oct. 17, at 8 p.m., will inspire a great bit about performing stand-up comedy at a conservative college campus.

In a student poll generated by LU Connect, which included choices such as “SNL’s” Colin Jost and Kate McKinnon and “The Mindy Project’s” Mindy Kaling, Birbiglia was chosen to perform for this year’s Homecoming concert at Lindenwood. The show, hosted by the Campus Activities Board, is free to all LU students, who hope to fill the Evans Commons Recreational Center with laughter, if Birbiglia can succeed in making a good first impression after all.

The Massachusetts-born comedian has been performing stand-up comedy since the early 2000s, and has since released multiple albums and live specials. His acclaimed one-man show “Sleepwalk with Me,” which revealed his personal struggle with sleepwalking disorder, introduced him to the mainstream. It also inspired a book that he eventually adapted into a feature film that he wrote, directed and starred in, which also won the Audience Award at the Sundance Film Festival in 2012. He most recently gained recognition for starring in this past summer’s hit film “Trainwreck” and for a recurring role on the third season of “Orange is the New Black.”