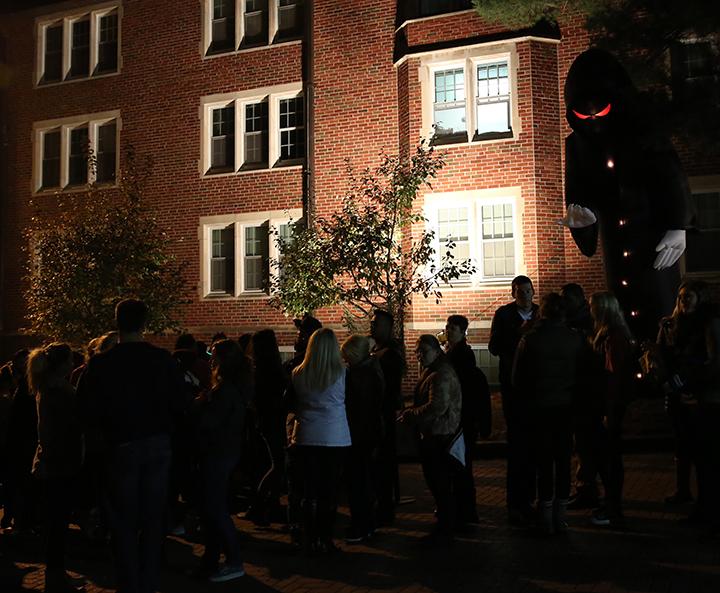 Above is a GoPro video of Jason Wiese and Toni Faletti making their way through the Cobbs haunted house.
Video by Phil Brahm

In Cobbs Hall on the campus of Lindenwood University, all that exists is hopelessness, blood and the endless mourning of the dead. At least, that is what it was like on the night of the fifth annual Dark Carnival.

The Lindenwood University Resident Directors Association worked hard this year to make the most terrifying frights and creepiest costumed actors more interactive and deeply effective, purchasing new equipment and using realistic aesthetics to decorate the dorm into a house of unadulterated terror on Wednesday, Oct. 28.

Two men, one dressed as an undead man and the other as an undead French Maid, led the courageous guests of the haunted house into rooms full of bloody skulls hanging from ceilings, pure white spirits, insufferable screaming, living dolls laughing maniacally, limbless animated corpses, mutants, a masked stranger wielding a chainsaw and, of course, a vicious gang of clowns.

For a full recap of the Dark Carnival, pick up a copy of The Legacy’s next issue which will be available on newsstands Nov. 2.