‘Spectre’ underwhelmed by a year full of spy movies 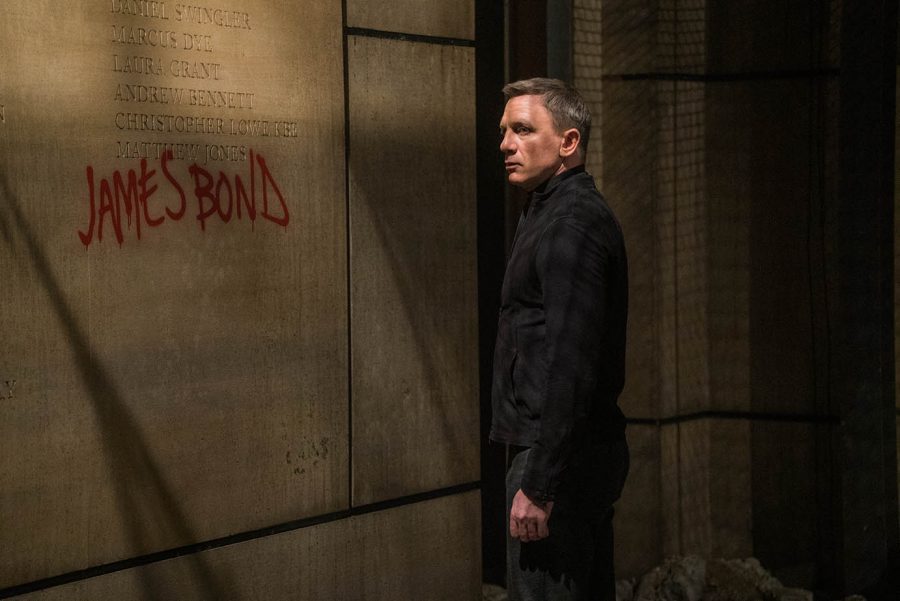 Photo from epk.tv Bond (Daniel Craig) faces off his gravest enemy yet, or so the plot of "Spectre" would like you to believe

What a year 2015 has been for spy films. Six studio films, including “Kingsman: The Secret Service”, “Spy”, “The Man from U.N.C.L.E.”, “Mission: Impossible – Rogue Nation”, “Bridge of Spies” and now “Spectre”, have been released this year, all including a plot involving espionage of some sort, indicating some favoritism for the genre lately.

I cannot help but think that the recent surge of spy films has been a subconscious cultural reaction to the 2013 NSA spying leaks, but I digress. The important thing is that the most recent of the spy films, “Spectre”, released in the U.S. today, is the latest in the James Bond franchise. Known as the gold standard for spy films for many years, it is upsetting to say that the king of spies is not the top dog this year.

Taking place shortly after the events of 2012’s “Skyfall”, “Spectre” opens with Bond (Daniel Craig) in Mexico City on the Day of the Dead (an incredible scene in terms of camera work, action and overall production value), on the trail of a covert terrorist organization called Spectre, led by the ruthless Ernst Stavro Blofeld (Christoph Waltz). While Bond is an elite and highly skillful assassin, Spectre proves to be an organization powerful enough to take out Agent 007.

While still very dark and gritty like the rest of the Craig’s entries in the franchise, “Spectre”, surprisingly, has a few comedic beats in it that make it somewhat comparable to the classic Bond films, such as in the Sean Connery era. However, there are also moments in which the film is so over-the-top with its serious moments that it borders self-parody. These gritty images, mixed with comedic beats and the over-the-top scenes make for a jarring experience that is ultimately for the worst as nothing seems to mesh completely right. It is like sitting in a hot tub that constantly fluctuates between too hot and too cold. Sure there are times when it feels just right, but the temperature fluctuation dampers the overall experience.

The story is not much to write about. It is at its most interesting when Bond is slowly unraveling the mystery of Spectre, but when the mystery is revealed, scenes henceforth, specifically one involving Waltz, are poorly done. The film already lacks any form of subtlety with the dramatic shifting tone issue mentioned above, but when the idea behind what Spectre does is presented, which is too much to go into without crossing into spoiler territory, the story feels almost cartoonish. Even the incredibly fun action scenes, such as a fight on a train, have their sense of danger and thrills cheapened by the film’s unintentional goofiness.

It may seem like “Spectre” is a very poorly made product, due to lazy execution and bad ideas. However, this is very far from the truth. The Craig films have all been gifted with a dark, gritty nature that works as an excellent canvas for a compelling action story to blend with the class act that is the Bond franchise. Luckily, “Spectre” is no different. When the film hits its strides, it has a wonderful Bond feeling like no other. Craig’s performance as the largely damaged Bond is still as good as in “Skyfall”, but the talented Waltz feels like a missed opportunity as the poorly done villain.

Speaking of style, the film looks absolutely gorgeous from start to finish. The opening of the film does a particularly excellent job of setting the stage with an impressive long-take shot. Each beautiful setting has a color scheme that makes it easy to distance itself from other settings, such as the white snowy scenes in the mountains in Austria. Everything, from the lighting to the costume designs, is as crisp, sharp and stylish as you would expect from Mr. Bond.

When compared to other spy films this year and even “Skyfall”, it is unexpected that “Spectre” falls flat. Perhaps, to avoid the drastic differences tones and quality in writing, the producers should have used a script that was “shaken, not stirred.”