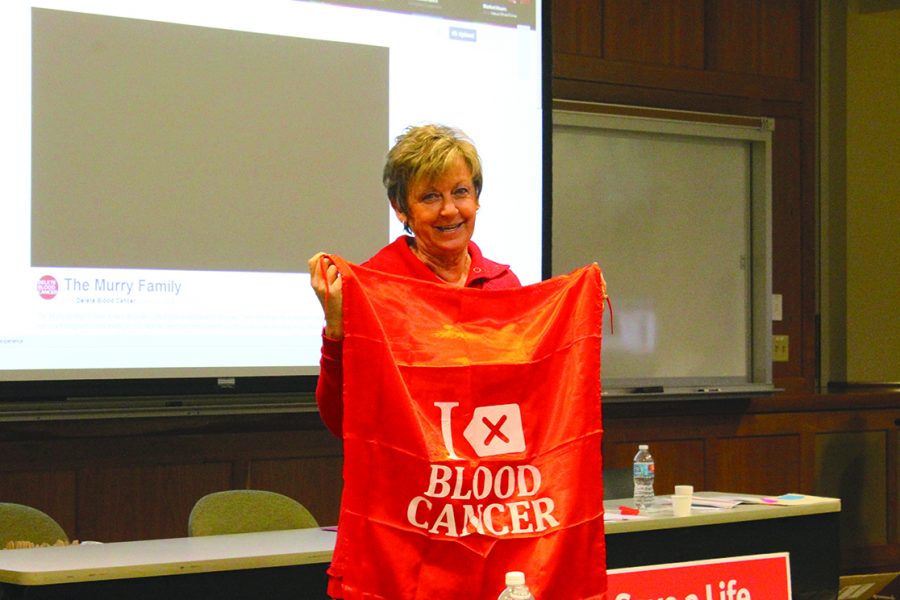 Many students have heard about the ‘Swab for Sean’ event on campus, but only some know what the cause is really about.

On Wednesday, Nov. 4, interested students were able to find out how they can help by attending an informational meeting hosted by Delete Blood Cancer DKMS, a marrow donor program.

Joyce Jones, who has been working as a donor recruiter for the organization for five years, led the meeting.

Delete Blood Cancer is an American offshoot of a German organization, DKMS, which stands for Deutsche Knochenmarkspenderdatei.

Participants who want to register as bone marrow donors have to be between 18 and 55 years old and would donate nothing but stem cells.

There are two ways to get stem cells. The most common one is by giving blood. In the case that a very small child needs a donor, the patient would need the purest stem cells of all, which requires a chirurgical intervention.

In this procedure, the doctors extract the stem cells from the spinal cord, near the hip. After the procedure, the donor feels pain similar to falling down on one’s hip and developing a bruise, Jones said.

Donating stem cells is not dangerous, since they always rebuild.

One of these variabilities is the ethnicity.

Sean Murry, a former Lindenwood student and his three brothers all suffer from the same rare disease, called Diamond-Blackfan Anemia.

The event at Lindenwood is important to him because “finding a donor is almost like finding your genetic twin, so it is more likely that a white Caucasian will find a donor who is also a white Caucasian,” Jones said.

In other words, since Murry and his family are from around this area, it is very likely that a possible donor lives in the same area.
Without a donor, Murry and his brothers have a maximum expectation to live no more than 30 years.