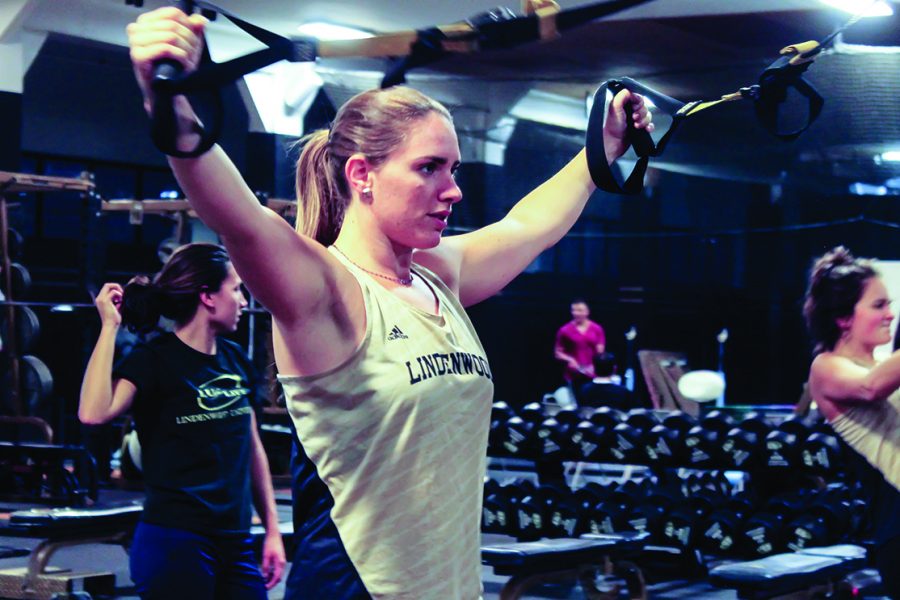 After winning a bronze medal at the London Olympic Games in 2012, Irene Montrucchio was drawn by the appeal of a college degree and decided to leave the Spanish national synchronized swimming team to come to the United States.

She started synchro when she was 6 years old. At 13 she got into the Catalan Federation, a high-performance training center, and when she turned 17, she was named to the national team.

“It took a lot of work to reach the national team,” Montrucchio said. “Synchronized swimming requires you to have multiple qualities. You have to have flexibility, you need to be artistic, resistant and have a lot of strength. The more you work every day in all of these things, the further you get.”

Before the World Games in China, Montrucchio had a hard time mastering all these qualities, and in 2011 she was going as a reserve for the World Games. Her coach asked her unexpectedly to swim. She was expected to know the spot of everyone on the team, and her coach gave her the chance to prove herself.

She said she was always highly influenced by her parents, who always supported her and persuaded her to be persistent.

After winning the bronze medal at the Olympic Games two years later, Montrucchio left the national team and now swims for Lindenwood.

Montrucchio said she felt ready for a change and decided she wanted to learn a new language and a professional career. After turning 21, she came to Lindenwood to study international business.

She said she loves how diverse the synchro team is and how they all share and contribute with something unique.

“Irene has a very important and solid role in the team,” assistant coach Reem Abdalazem said.

“Her worldwide experience and knowledge of the sport, she is very much a leader in and out of the water,” Abdalazem said. “She always thinks about how the team could move forward before she thinks about herself, and that’ makes her very special and very mature as a teammate.”

Her teammates describe her as a role model to everybody. As a swimmer, she has a very strong and determined mind that contributes heavily in the team.

“She succeeds in her life and is very humble and dedicated,” said Fany Garcia, a teammate from Mexico.

Daniela Garmendia, a swimmer from Venezuela, agreed with Garcia in complimenting their successful teammate.

“She has a strong mind, always serene and calm when it’s time to compete,” Garmendia said.