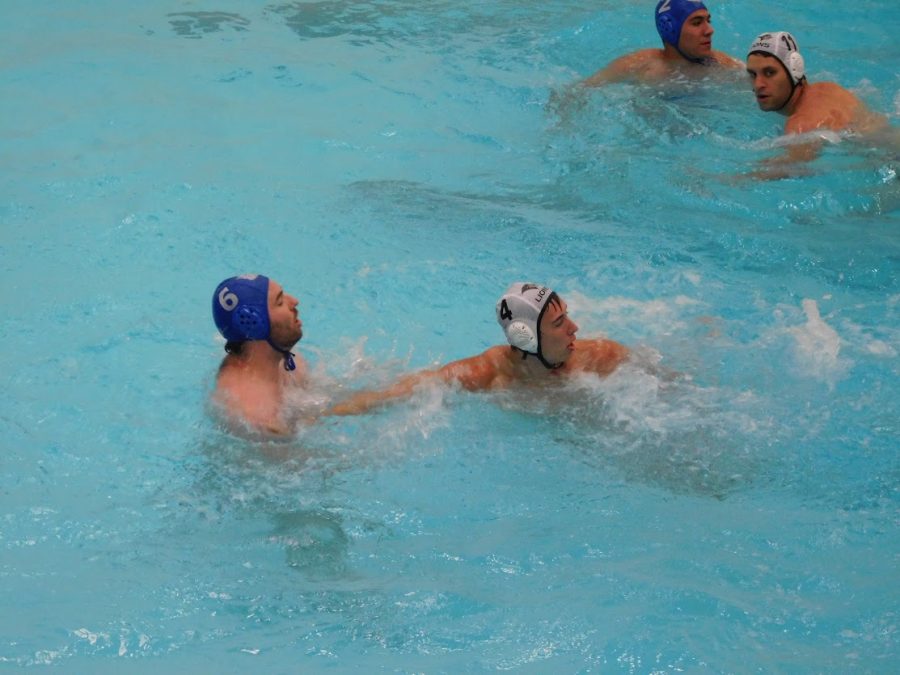 A year after defeating San Diego State University in the CWPA Division I Collegiate Club Championship Game 13-8 to become national champions, the men’s water polo program looks to win yet another championship this coming weekend.

After former head coach Gregg Emde resigned just a day before practice began this season, LU went on a nationwide search for a new coach before seeing David Miller’s application and experience in water polo.

“I’ve coached every age group up to senior men’s nationals. I coached the youth national B team, high school, and was the Midwest zone director for Olympic Development,” Miller said.

After finishing as the national runner-ups in 2013 and the national champions in 2014, the Lions are headed back seeking similar success.
With 12 returning players from last year’s squad, the 2015 team is stacked with talent.

Both the A and B teams showed their talent in the Missouri Valley Division Championship as both teams went undefeated until they had to face one another. The teams didn’t even play that game to make sure no one got injured.

In order to get ready for the national tournament, the team has been dialing it back during practice and avoiding unneeded physicality in order to remain completely healthy.

“We will be backing off on the intensity of work to get everyone healthy as we have a few nagging injuries,” Miller said. “Last week we had quite a few kids with a cold, so we will also be dealing with that.”

The team will be leaving for the tournament in Santa Cruz, California, on Thursday to begin preparing. It will run Nov. 13-15.