Student-run ‘One Acts’ were a ‘theatrical roller coaster’ 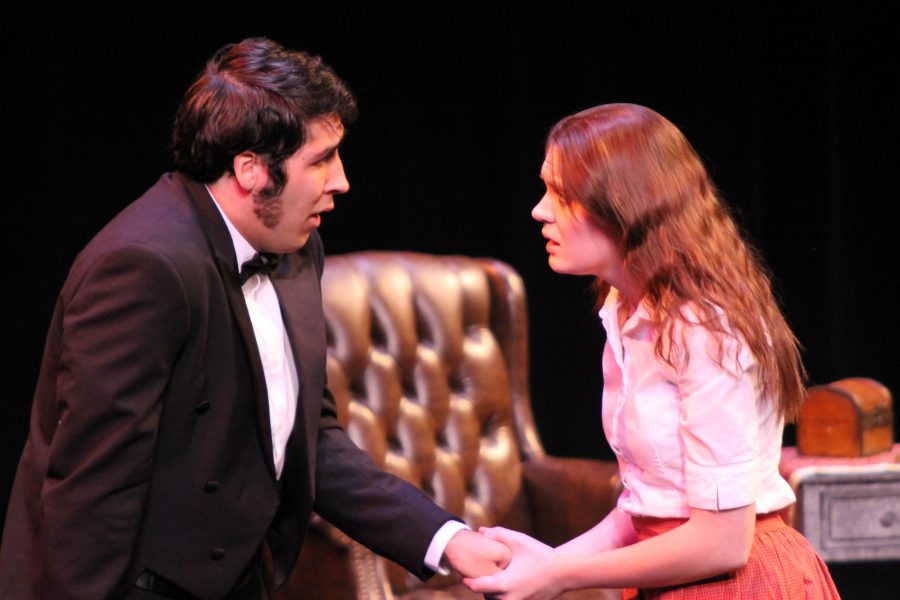 Five aspiring female theatre students directed this year’s “A Night of Student Directed One Acts.” The student-run performance featured five captivating stories that made the two-hour show feel like a theatrical roller coaster, covering important and humorous themes, leaving the audience in deep thought and smiles.

The night began with “A Wedding Story,” directed by Katie Hillner, an education major studying to become a theatre teacher. The play focuses on a storyteller (Brianna Howard), who wants to tell children a bedtime story, until the characters within the story begin to argue that the retelling is inaccurate. The contrast between fantasy and reality illustrates the message that life is not a fairy tale.

“I think it’s a good lesson for [children] to learn that we all grow up with Disney princesses or with [fairy tales], but our life is not all going to end up like that,” Hillner said.

“I just really wanted it to mean something and have an effect on people because, for me, that is why I want to direct,” she said.

“The Mating Season of Flying Monkeys”, directed by Maia Prata, followed, changing the atmosphere with a warm and funny story of elderly sisters Belinda and Marjorie, who argue over Belinda’s decision, out of her hatred of men, to have a one night stand with a woman. Prata said that “the courage to live no matter what [age] you are” is an important message in the show.

The 30-minute “The Most Massive Woman Wins” involved four women explaining what led them to get a liposuction that sent a powerful message about beauty and body image.

Director Taylor Palmer said that she wanted the audience to leave the theater with the message that, “You are beautiful exactly how you are… You need to find the beauty in yourself and not worry so much about what other people see you as physically.”

The night was brought to a highly energetic conclusion with graduate student Rosalia Portillo’s direction of Russian comedy “A Marriage Proposal”, that led the audience to endless laughter when junior Will Pendergast stepped on stage as Ivan Vassiliyith Lomov, a hypocandriac whose plans to propose to Natalia (Megan Wiegert) are interrupted by the couple’s relentless arguments over trivial topics.

“Even if you really like someone, sometimes you can’t resist getting that last statement in there, the last word,” Portillo said. “In real relationships, you have to be willing to give, but not give everything.”

Every person involved in the “One Acts” were students, including those working the lighting, sound and stage management. “A Wedding Story” actor Howard, on her experience, said, “It’s a fun learning experience to be able to see all parts of what happens on a commercial setting instead of just being an actor… I think it’s one of the beautiful things of working with student directors is that you get to see them learn and you can learn together… from a directing and acting standpoint, how that relationship really affects the show that goes on.”