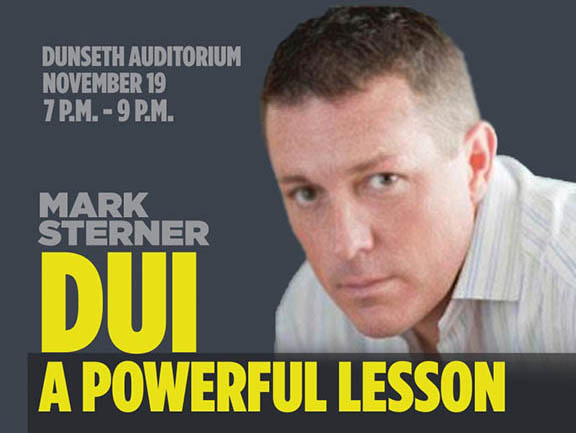 As part of his acclaimed program, DUI: A Powerful Lesson, public speaker Mark Sterner will be sharing his experience with the dangers of drunk driving to LU. His speech, covering the consequences of drinking and driving and the effect it can have on oneself or their friends and family, will take place on Thursday at the Dunseth Auditorium in Harmon Hall at 7-9 p.m.

Sterner was a senior studying marketing and accounting at Johnson and Wales University in 1994 when he experienced those consequences firsthand when a drunken car ride one night during Spring Break with Sterner behind the wheel claimed the lives of three of his fraternity brothers. He has been sharing his story with the public, taking his program to high schools and colleges across the country since he was released from prison in 1996, two years after receiving his DUI. He was named Speaker of the Year from “Campus Activities Magazine” in both the 2004 and 2005 Reader’s Choice Awards for his services.

Thursday’s event, hosted by the Campus Activities Board, is free and open to public.