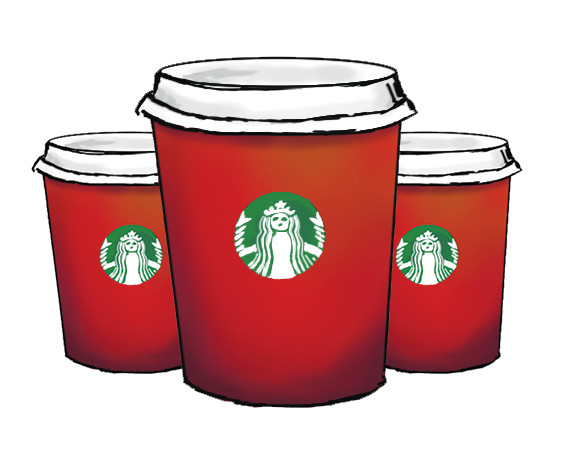 When Starbucks revealed that it would be removing the Christmas-themed decorations from its winter cups, leaving them to be a gradient from a light red to a dark red, many people declared it a “war on Christmas.” What was removed exactly? Some of the designs that will be absent on this year’s cups include snowflakes, Christmas ornaments or a snowman — depending on the year. Removing them creates a more open invitation from anybody who celebrates something other than Christmas. So instead of pushing their own views and beliefs, they went with a simple idea.

I think this is awesome. Not everybody agrees with me, however. Those upset have been primarily — if not entirely — of the Christian faith. Snowflakes and snowmen have more to do with the time of year than it does any holiday. That being said, I would not be entirely shocked if there were a few Christians who have decided that their holiday actually owns a form of precipitation.

In relation to the design aspects that were actually holiday related, I find it is very important to remember that many of the Christmas traditions we hold near and dear, such as decorating the tree, began as pagan traditions. Should we have really been supporting those darned pagans in the first place? If anything it tells me Starbucks was actually trying to protect your faith by removing the paganism from the holiday. How kind. That was sarcasm by the way.

My biggest issue, though, is that there are self proclaimed Christians fighting harder to get their Christmas-themed cups than they are poverty and equality. I haven’t read the entire Bible front to back, but I am fairly sure that love, equality and helping those less fortunate than ourselves are things that Jesus preached much more adamantly than commercial advertising, corporate influence and selfishness.

These cups are not an attack on Christmas. Stop looking for something to be angry about.