Be wary of cell phone use in the classroom 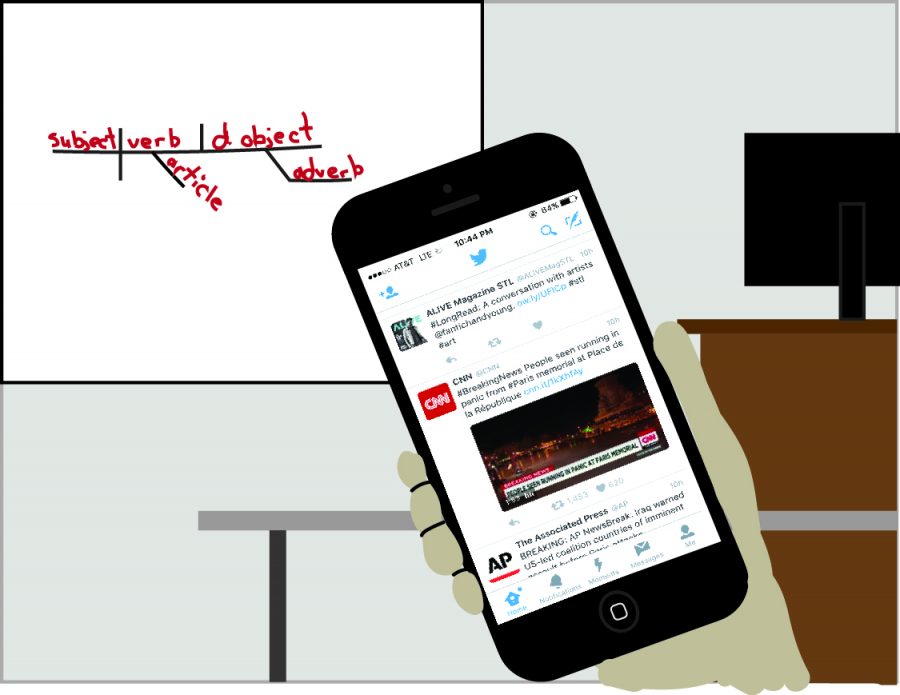 Ever since high school there has always been controversy over the use of cell phones in class.

I do have an opinion about whether or not students should be able to use them, but first it is important to justify both sides.

Some believe that if you’re paying over $20,000 a year, you should be able to do nearly whatever you want in class without question.

Others argue that you’re letting the professor perform a service to you by paying that money, and are therefore not accepting the service which you’ve contracted them to provide by not being attentive in class.

I think that cell phone use should be allowed in class, with a large emphasis on the assumption that the student is not distracting anyone else in the class, which includes the professor.

They work hard to provide a good lesson plan and the material will likely be important for you to be successful in the class.

All that being said, it is surely necessary that all other students in the class are not distracted by another’s cell phone use and have their full ability to pay attention. This way the teacher can perform his or her service to the students to the fullest extent.