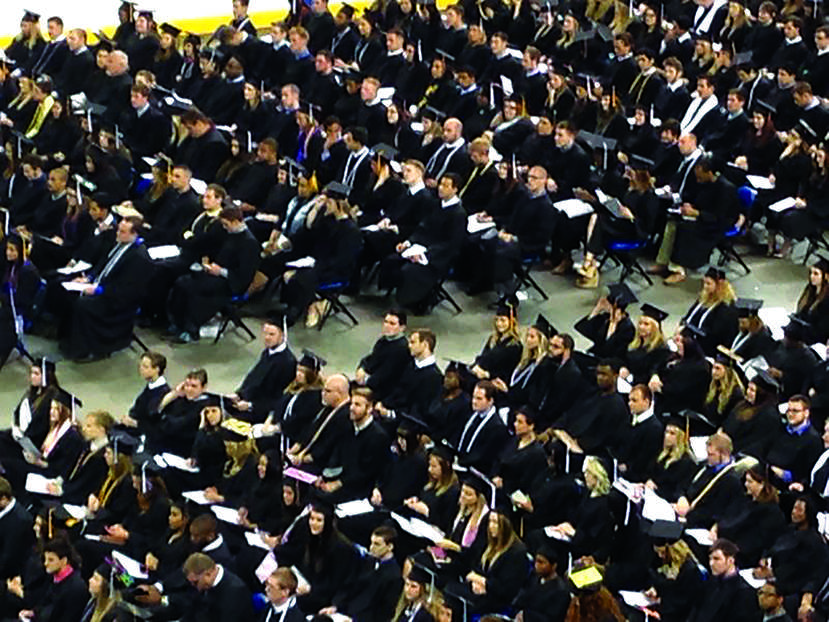 A writing test that all Lindenwood students must pass before graduation is now being reviewed, officials say.

Professor Susan Edele, who runs the Writing Center, said that the Writing Proficiency Assessment is reviewed every couple of years, but this year, it involves a “more formal review.

Edele said she is aware of student concerns, but declined to talk about it further until after the review process is completed.

The WPA has been required for the past decade and is a frequent cause of anxiety among many students, partly because only about half pass the test on the first try. Those who fail must take an extra class, ENGL 210.

Interim Associate Provost Erin Mann said she thinks the test suffers from “a problem of presentation.” “You take this test, you fail it, you have to take another class,” she said. “Instead: Here’s this class that’s really useful, you should take it. If you don’t need the class, we’ll test you out of it.”

To register for the test, students have to pass ENGL 150 and 170 with a C or better. In the exam, students write a minimum of a 450-word essay in 40 minutes, where they take a side on a general argument.

Grading is focused on grammar, spelling and other structural factors.

Edele said that former President Dennis Spellmann established the test after he heard from the business community that Lindenwood graduates did not write well. It first appeared in the 2005-2006 catalog.

Mann said that after a student takes the assessment, a computer program grades it first and then it is reviewed by a staff member.

“We want to give it a respectful, good, thoughtful read, and someone from Lindenwood reads every single student essay and decides,” she said. Students get the results, either a “pass” or “incomplete” within two weeks.

Edele said that as with any other standardized test, students don’t get individual results, but if Edele has the time and the student requests it, she will go through the essay with him or her.

Mann said results are not consistent from year to year and depend on a student’s proficiency and preparation in English. Timing is also a factor, she said.

The longer students wait to take the WPA, the longer it has been since their composition classes.

“Writing skills, just like any other kind of skills, get rusty,” she said.

She said students would benefit from taking the test as soon after finishing ENGL 170 as possible.

Edele said that the main purpose of the assessment is to ensure that students write well long after they have left Lindenwood, and continue to make themselves and the university proud.