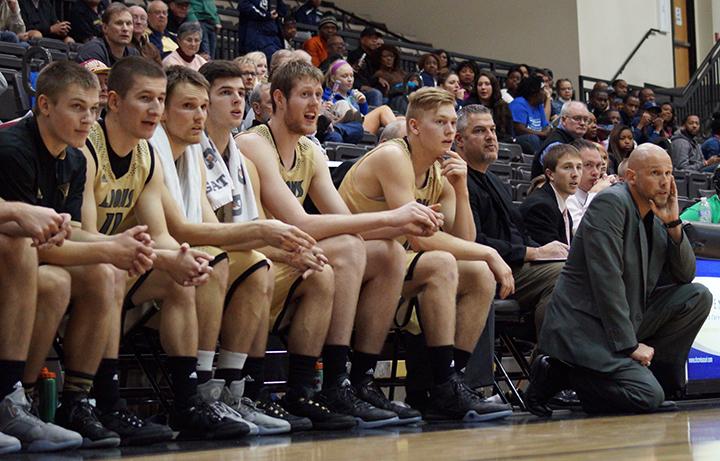 Lance Randall (right) kneels on the edge of the court as he watches his offense take on Lincoln University.
Photo by Phil Brahm

While men’s basketball coach Lance Randall may be a new face on campus, but he finds himself in a very familiar situation.

Randall got the task of leading the program less than a month after former head coach Brad Soderberg resigned to take an assistant coaching position at University of Virginia.

“Coach Randall has been a consistent winner everywhere he has been and it’s a perfect fit for our program,” said Athletic Director John Creer, in a statement released shortly after Lindenwood announced its new coach. “His success as a head coach and an assistant combined with his personality, work ethic and class should have Lions’ fans excited for the future.”

Arriving in St. Charles on May 12, around 48 hours after taking the job, he stayed with relatives on their farm in Columbia, Illinois and immediately got to work assembling his team.

With no new players signed and recruitment season nearing its end, Randall was forced to turn to past coaches to complete his roster.

[perfectpullquote align=”full” cite=”” link=”” color=”” class=”” size=”24″]“When you make a quick turnaround like that, and you haven’t had the entire year to evaluate per say, you need to rely on where you have a lot of resources,” he said.[/perfectpullquote]

Before coming to Lindenwood, Randall served as the head coach at Saint Leo University in Florida from 2011-2014. Leading the program to its first winning record in 14 years, his teams made three consecutive trips to the NCAA tournament. This was not the only program the coach revived.

In his first head coaching position, he took over at St. Louis’ Webster University in 1997 after the team ended its previous season with a record of 2-23. During his time with Webster, the program captured its first title in the St. Louis Intercollegiate Athletic Conference.

Breaking into the professional basketball scene, he spent two years in Birmingham, England as the head coach of the Pertemps Birmingham Bullets. Under his direction, the team advanced to the British Basketball League Finals for the first time in 21 seasons.

Randall’s career in high school coaching began when his father unexpectedly died after an angioplasty procedure went amiss. He left behind a 16-year career as the leader of Wisconsin basketball powerhouse, Oshkosh West.

Randall left St. Louis University and traded a salary of over $50,000 for a $4,000 stipend to continue his father’s legacy. He led the team to back-to-back state championships and in his three years as head coach with the Wildcats, he lost just three games.

Randall’s relationships throughout the sport helped him find the missing pieces to his Lindenwood team, such as France native, Stanislas Heili, and several new members from the state of Wisconsin. 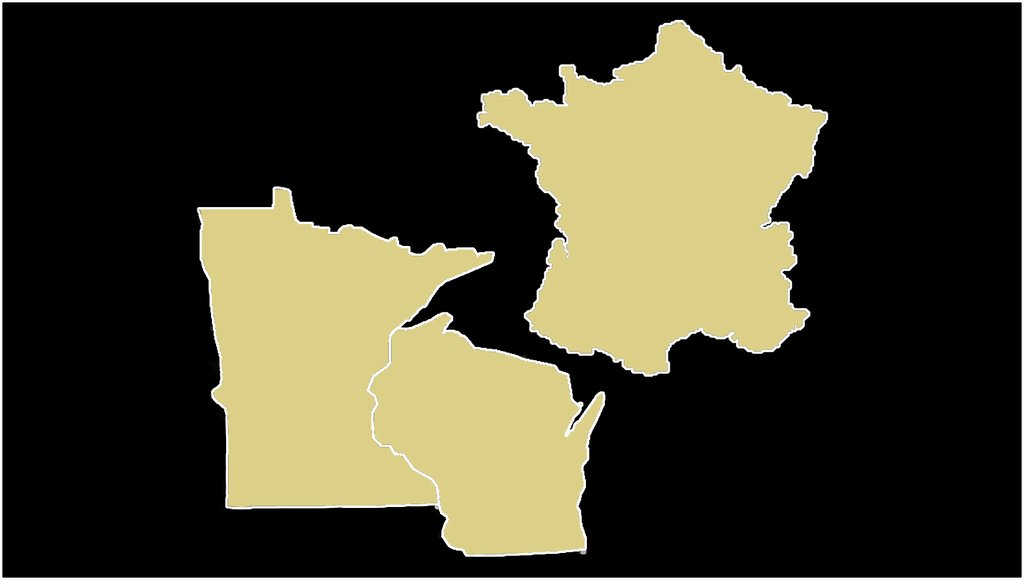 While Randall’s accomplishments as a coach speak highly to his competence in the profession, he never foresaw basketball in his career path.

[perfectpullquote align=”full” cite=”” link=”” color=”” class=”” size=”24″]“I went to school to become an archeologist, and ended up a basketball coach,” Randall said. “You don’t really know how you are going to get into college basketball.[/perfectpullquote]

“It really wasn’t on my mind, but it sounded pretty exciting and I knew it was a good opportunity.”

Even though he says he enjoys reviving programs,  there is something deeper that always pushes him to continue coaching and write the next chapter of his legacy.

“The relationships, the long term bonds that you build, the difficulties and the intensity of being a part of a team at this level; it’s irreplaceable,” Randall said.