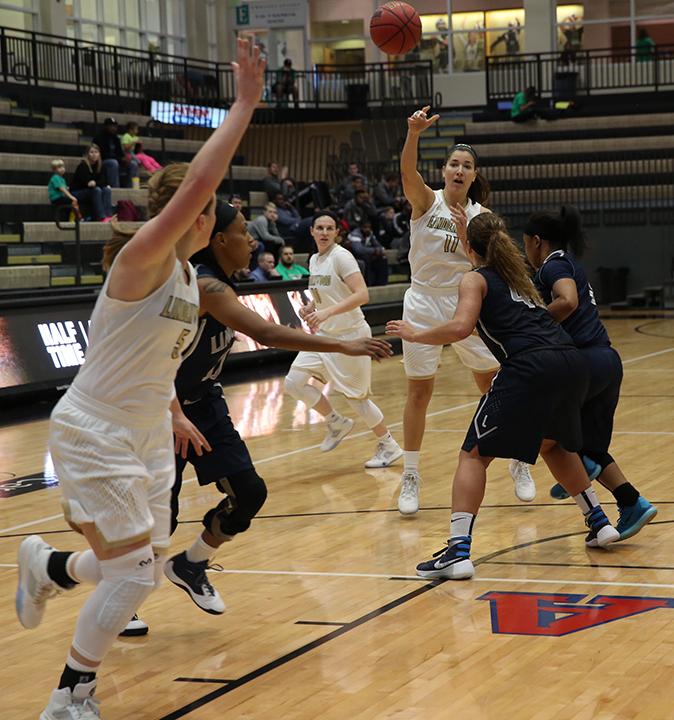 In the MIAA opener, the Lindenwood women’s basketball team continued its hot start to the season, defeating the Lincoln Blue Tigers 89-58.

Leading the way for the Lions was senior guard Jenny Rocha, who finished the game with 23 points, connecting on 10 of her 11 shots from the field.

Another key for the Lions was rebounding, an area in which they dominated, out-rebounding Lincoln 41-29.

“Rebounding was one of our three keys to victory today,” Francis said. “We have been working on that all week in practice and really emphasizing that in our scrimmages.”

Francis added that his team was focusing heavily on keeping Lincoln from getting second chance opportunities, noting how efficient they have been on their second shot all season.

Junior guard Kassidy Gengenbacher, who finished the game with 14 points, said that the game represented a “good team win.”

“Whoever shot the ball was always open,” Gengenbacher said. “Jenny (Rocha) had a great game today, and when she initiates the offense the way she did, it gets everything else going.”

The team will return to the court on Dec. 12 at home against Northeastern State as Lindenwood looks to continue its positive momentum and build upon this conference-opening victory.