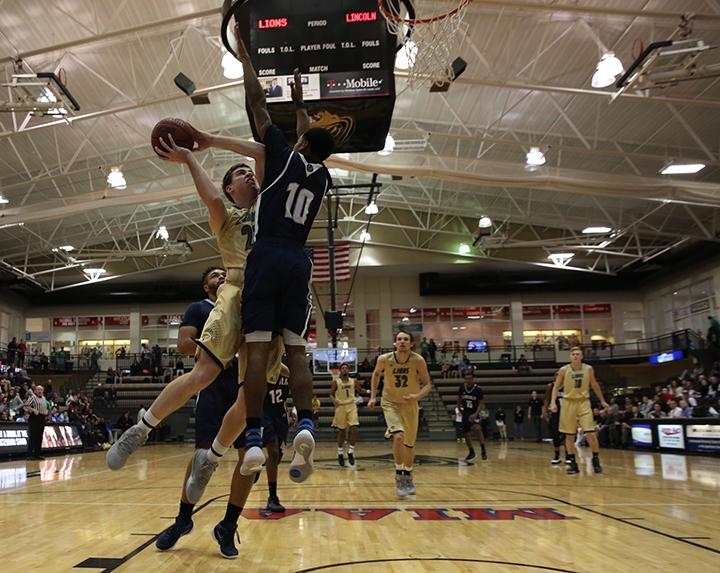 Opening up the conference play against Lincoln University, the men’s basketball ball secured a 78-73 win in a hard-fought battle at the Hyland Arena.

In a game with 13 lead changes, the two teams traded baskets throughout the first half shooting over 45 percent from the floor.

Cory Arentsen led the team with 23 points, while three of his teammates broke double digit scoring totals as well. By the end of the game, all but two of the eight Lions who played in the game put points on the board.

Facing foul trouble midway through the second half, LU was forced to look to the bench. Having played just three minutes this season coming into the game against the Tigers, Logan Jaehnen energized the team with three big rebounds and two blocks.

While three of their starters fouled out of the game, the Lions were able to put up 12 points in the final five minutes to improve their record to 5-2.

Head coach Lance Randall was pleased with his team’s effort, but said there are still some adjustment to make as they move through the MIAA portion of their schedule.

“We have to be a little bit more sound, you have to adjust to the officiating to make sure you are getting stops without fouling and we certainly need to do a better job of taking care of the ball,” Randall said.

Continuing their six-game homestand, the Lions will face Northeastern State on Dec. 12. The Riverhawks are currently 1-5 so far this season.