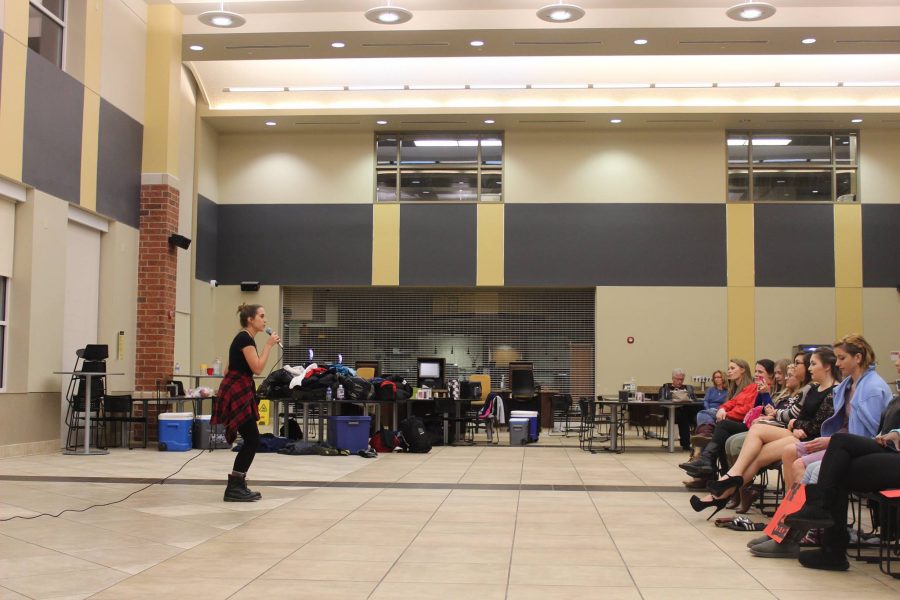 Senior Mikaela Carson, the winner of Lindenwood’s inaugural edition of Lions Got Talent, has been singing for about as long as she has been talking, and continues to perfect her voice.

Carson comes from a family that is musically inclined and began taking lessons at age 6. She put her talents to use when she took an interest in theater and other performing arts. In high school, she continued taking lessons and participated in many school and community choirs and theater groups.

Since she became a Lindenwood student, she only gets to meet with her vocal coach once a month and practices on her own time.

For LU’s competition Nov. 21, Carson sang “Ain’t It Fun” by Paramore for her audience in the Evans Commons dining hall.

“I loved the reaction from the crowd,” said the Lions Got Talent judge Jennifer Devonshire.

Carson’s first place performance was the favorite among the judges and her peers. The crowd clapped and sang along as Carson sang.

“Ain’t It Fun” is Carson’s go-to karaoke jam. She enjoys it because it is different from the style of music that she usually performs.

Carson has sung in classical music competitions and was part of several competitive choirs. She now sings as her talent for the Miss America pageants.

Even though Carson has experience performing, she says that she still gets nervous before she begins any performance.

But when she gets on stage and starts singing, all her panic goes away, she said.

Because Carson is graduating in May, this may have been her last performance at Lions Got Talent, but she said she will be supporting the undergrads as an alumni in the audience next fall.