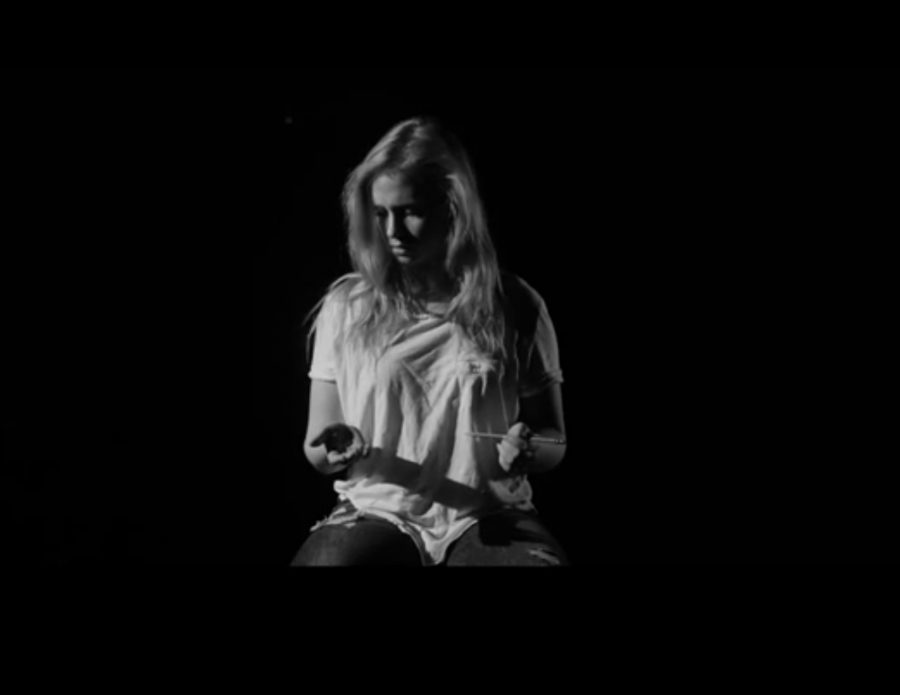 A Lindenwood musical theatre student received opportunities to study at the London Academy of Music and Dramatic Art (LAMDA) in the spring of 2016 and join a cabaret in New York City the following summer.

Junior Alexis “Lexie” Baker loves performing and dancing more than anything else in the whole world. She started dancing as a child, which led her to a gig as a Radio Disney dancer for four years. She began her journey with musical theatre at Lindenwood in the fall of 2013 and has been in multiple productions ever since, including her first musical at LU, “Into The Woods”, last year’s “New Brain”, and the latest, “Legally Blonde: The Musical”, which ran in October.

It was during rehearsals for “Legally Blonde” when she started working on her application to LAMDA. She received a response right before the show began its run.

“I remember waking up in the morning and seen that I’d had an e-mail from an admission officer in LAMDA and just had a complete spaz attack and ran out of the room super excited,” Baker said.

Baker will study classic acting at LAMDA, where actors, such as Benedict Cumberbatch and Jim Broadbent, have received training. Besides the classic approach, the studies involve Shakespearean acting and developing the students’ own acting styles.

“A lot of people know me as a comedic actress,” she said. ”I like to fall down on stage a lot and make people laugh but something that I really want to get under my belt is [to] train at LAMDA… [and] to also have a very serious and, I guess, a deep side to my acting.”

Emily Jones, Associate Professor and Chair of Theatre Department at LU said, “The opportunity Lexie has to study at LAMDA will change her forever.  There’s something incredibly special about studying abroad; it challenges students in ways they never imagined possible.  Lexie will not only be learning from some of the top educators in the field, she will be doing [it] in London, one of the theatre world meccas.”

As one of the biggest shows of Baker’s theatrical journey at LU,  “Legally Blonde” did not only leave her with an experience that she will never forget, but also gave her a mentor in the form of director Nikki Snelson, who guided her toward another grand opportunity in New York City.

In the beginning of November, Baker went to perform in front of Snelson and two other Broadway professionals, Ben Cameron and Shelly Hutchinson, at St. Louis Broadway Intensive, where many students from Lindenwood and other schools in the St. Louis area came to show their talents.

“Out of the 50-some people that were there, three people got picked to go to New York City and I was one of the three and it was fantastic,” Baker said.

Therefore, after her semester at LAMDA this spring, Baker will go to New York City for 2-3 weeks to perform in ”Broadway Sessions w/ Ben D”, hosted by Cameron. It is a cabaret, in which performers tell autobiographical stories to dining customers in a restaurant and incorporate music to it.

“It’s my favorite thing in the world because I love stand-up comedy,” Baker said. “I love making people laugh and it’s a perfect way for me to sage way being silly and talking about my life and then going right into a song.”

Jones, who has taught acting classes to Baker at Lindenwood, said, “[Lexie] is smart, she makes strong choices and, most importantly, she just ’gets it’.  She is able to be in the moment, fully immersed in her character. The audience loves her because they believe her 100 percent when she’s on that stage.”

After LAMDA and ”Broadway Sessions”, Baker cannot wait to see what the future holds.

“If we’re looking out into the future, I just want to still love performing as much as I do now,” Baker said, “I would love to be on ’Saturday Night Live’. I’m a huge fan. I also just want to be performing on a stage around people that I love. That’s the most important thing to me.”