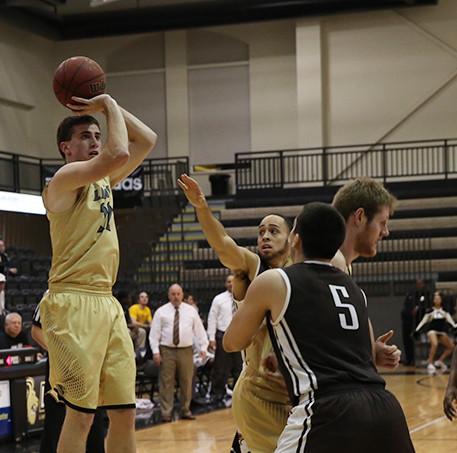 Arentsen, who connected on 12 of his 26 field goal attempts, including four three-point baskets, became the first Lindenwood player to score 40 points in a single game since Tyler Ressel during the 2013 season.

The game remained close throughout, and the score was tied at 30 at halftime. Lindenwood was able to pull away during the second half as Arentsen scored 25 of his points, and LJ McIntosh came off the bench to score 9 points of his own.

Missing for the Lions in the game were normal starters Same Mader and Brad Newman. Mader has been out with an injury for the past several games. The reason for Newman’s absence is not clear.

The team will get back to action on Monday, Dec. 14 at home against Central Oklahoma. The
Bronchos enter the game with an overall record of
4-5, including an 0-3 record inside of the MIAA.