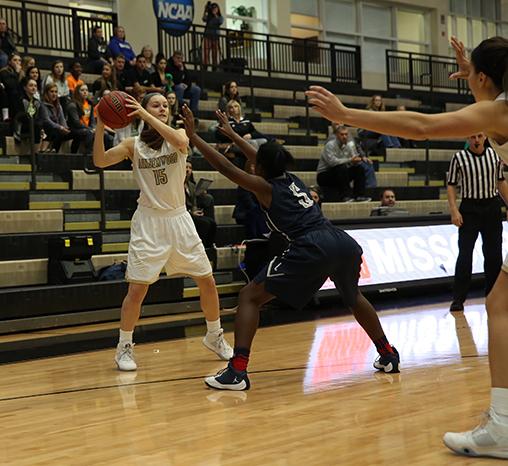 Giving up 23 points off of turnovers, the women’s basketball team dropped the first home game of the season in a 83-68 loss to Central Oklahoma.

Trailing for over 75 percent of the game, the Lions failed to find a solution to the Bronchos’ overwhelming offensive attack. The conference opponent made almost half of the shots they attempeted and had six players score eight or more points.

Out-rebounding Lindenwood on both ends of the court, the visitors also scored 13 second chance points.

Looking to spark a comeback, Kassidy Gengenbacher scored a season-high 30 points and Jenny Rocha had 15 as well. The duo’s effort was not enough, as the Lions ended the night shooting 20-60 overall.

Falling to 6-3, Lindenwood will face off against Missouri Western on Dec. 18 at the Hyland Arena.