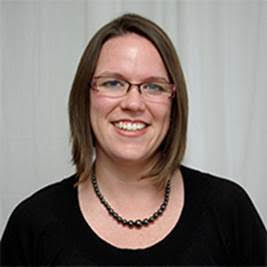 Jones earned her Bachelor of Arts in theatre from MSU in 1998. Their six colleges honor an alumnus each year for his or her accomplishments that have brought credit to the university.

According to Midwestern State University website, eight graduates were honored last year during a special luncheon held during Homecoming weekend on Oct. 31.

Jones was one of them.

“It was such an honor to receive the award,” Jones said in a Lindenwood press release. “But more importantly I had the opportunity to publicly thank the faculty members who helped shape me as an artist and as a future educator. That was an incredibly special moment for me.”

According to Lindenwood University website, in 1998 after graduating from MSU, Jones started teaching theatre in Texas. During her time there, her production of “Urinetown” was nominated for three Betty Lynn Buckley Awards including Best Musical.

Jones earned her Master’s of Fine Arts at the University of Arkansas in 2010 with an emphasis in directing and started teaching at Lindenwood the same year. Jones also participated in the Shakespeare in London program with King’s College London Study Abroad.

Jones has directed and stage managed more than 40 plays and musicals in professional, educational and community settings.

Currently, Jones is serving as the chair of the Theatre Department at Lindenwood in addition to teaching.