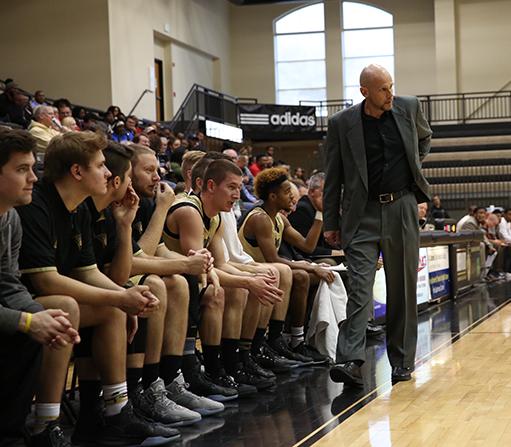 The Lindenwood men’s basketball team will take on Fort Hays State University in the Hyland Arena at 7:30 p.m.Thursday.

The Lions are fresh off a 71-56 victory against Emporia State University on Jan. 4. Against the Hornets, Lindenwood shot 51.7 percent from the field, with Corey Arentsen and Sam Mader registering 16 points each. On the defensive end, Zachary Biggs had a team-high 9 rebounds and Stanislas Heili was close behind with 8 rebounds. The Lions now have an overall record of 9-4 and a conference record of 5-2.

Fort Hays is also coming off a victory — a close one against Missouri Southern, which they won 84-83 in overtime. The Tigers now have an overall record of 11-2 and a conference record of 5-2.

Lindenwood head coach Lance Randall said in preparation for the match up against the Tigers the team has watched film on the win over Emporia State and made adjustments. He also said his team’s health would be a factor in the match-up.

“Right now we are as healthy as we have been since the opening weekend,” Randall said. “Some guys are still pretty banged up but all are available to play.”