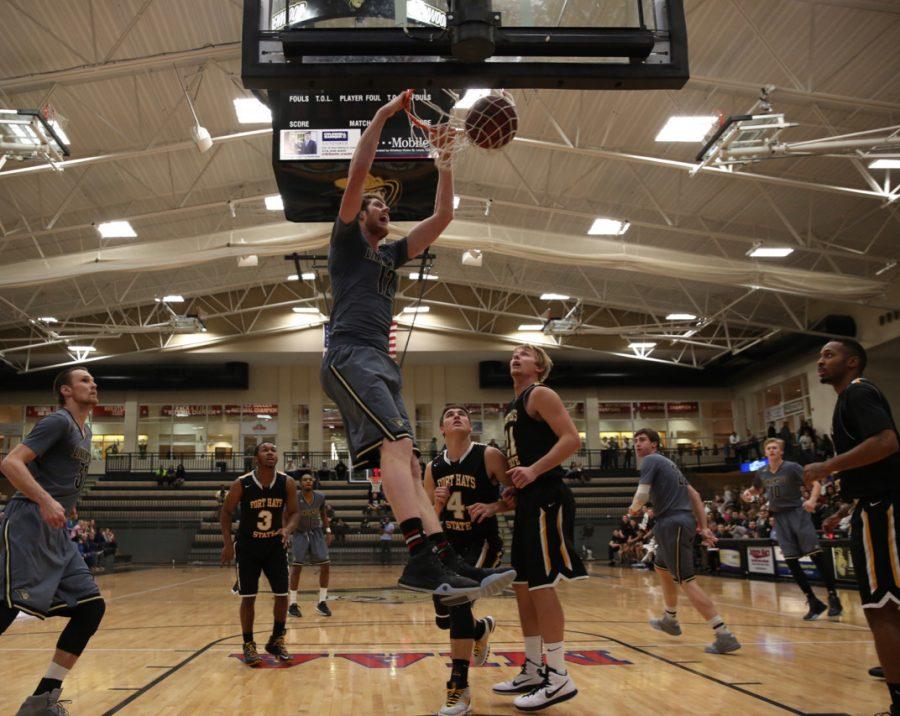 Dominating the first half, the Lions quickly opened up a 20-point lead as they outplayed the Tigers on both ends of the court. Combining for 28 points, Cory Arentsen and LJ McnItosh shot 6-8 from behind the three-point line. With 12 rebounds, Stanislas Heili single-handedly brought in more rebounds than the entire Fort Hays roster.

By halftime, the Lions had pushed their lead to 27, holding the Tigers to just 18 points.

Despite Fort Hays’ best effort, they were unable to come anywhere near closing the gap. Shooting 37.5 percent from the floor, the visitors’ struggle continued throughout the final 20 minutes of play.

Earning the tenth win of the season Arentsen, Heili and McIntosh each scored more than 10 points. Heili also recorded his fourth double-double of the season with 16 points and 15 rebounds.

Holding two-straight wins, the Lions will remain at home to face Nebraska-Kearney on Jan. 9. The Lopers are currently 8-5 overall and 5-3 in conference.