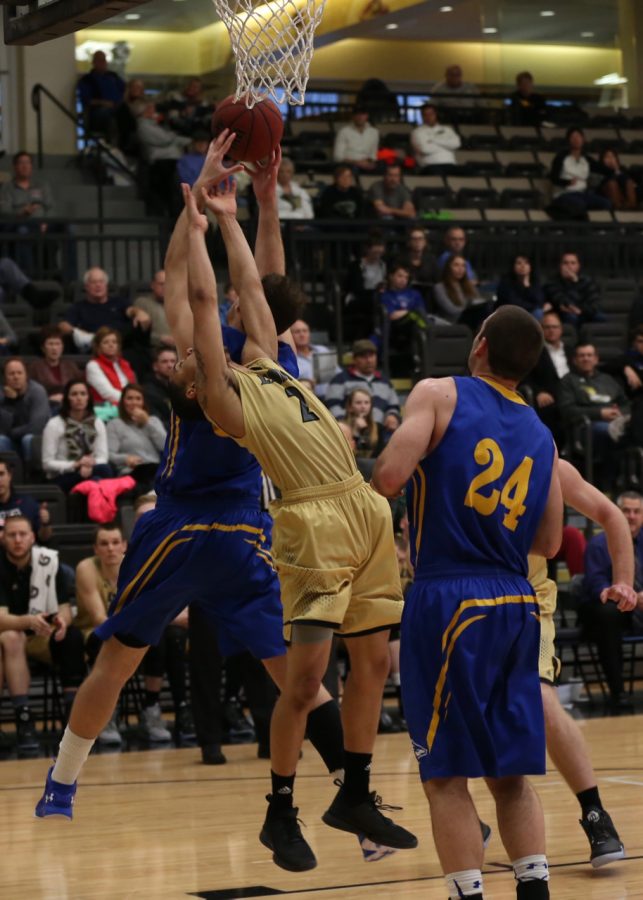 Holding off a second-half comeback, the men’s basketball team defeated Nebraska-Kearney at the Hyland Arena, 70-63

Adding a third game to the winning streak, the Lions dominated the first half on both ends of the court. Leading for the entire 20 minutes, the team shot a combined 41.9 percent from the floor and brought in 13 defensive rebounds.

At the half, Lindenwood held a nine point lead.

Slowly chipping away at the deficit in the second half, the Lopers took their first lead of the game with just over eight minutes to play. It only took Stanislas Heili 12 seconds to respond with a dunk and a free throw to regain the lead for the Lions.

Despite the temporary swing in momentum, Nebraska-Kearney kept the score close throughout the remainder of the game, but missed a pair of crucial three-points and free-throws to steal the conference win from LU.

With the win, Lindenwood moves to first place in the MIAA with a conference record of 7-2.

Heading to Warrensburg, Missouri on Jan. 13, the team’s next game will be against Central Missouri. The Mules are currently hold an overall record of 9-5 and are 3-5 in conference play.