Former lacrosse standout to be recognized with bobblehead, jersey retirement 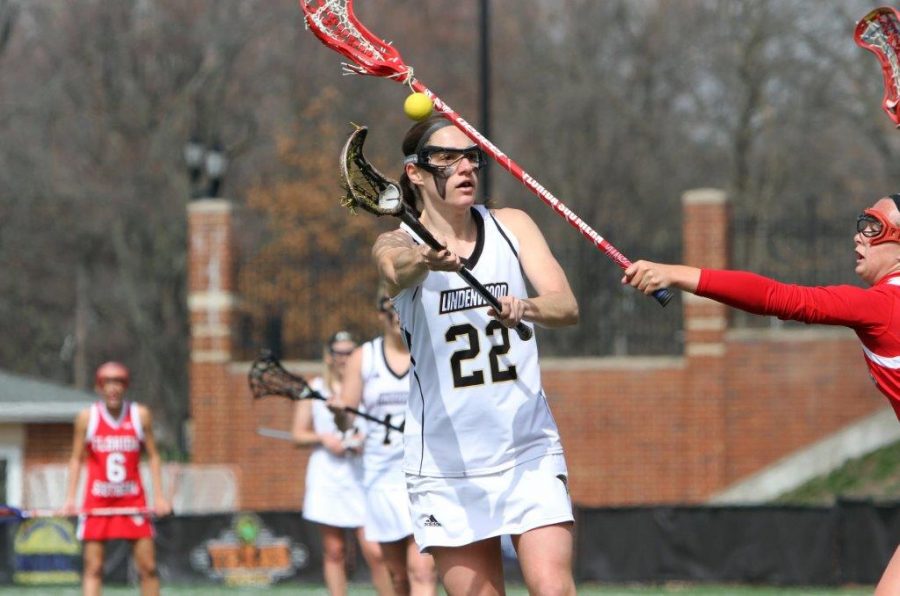 Lindenwood lacrosse player and alumna Melissa Menchella will be recognized this spring with the retirement of her No. 22 jersey and a bobblehead.

“Melissa is the most decorated lacrosse player in Lindenwood University history, while also graduating with a 3.94 GPA,” head coach Jack Cribbin said. “Melissa has always given back and is a member of The Fellowship of Christian Athletes.”

Look-alike bobbleheads of Menchella, wearing a no. 22 jersey along with face paint and holding a lacrosse stick, will be passed out to the first 500 spectators to arrive at the game vs. Limestone College on March 20.

“It’s also our biggest home game of the year, and we are hoping by having this promotion it will add to the attendance and atmosphere of the game for the student-athletes,” Cribbin said.