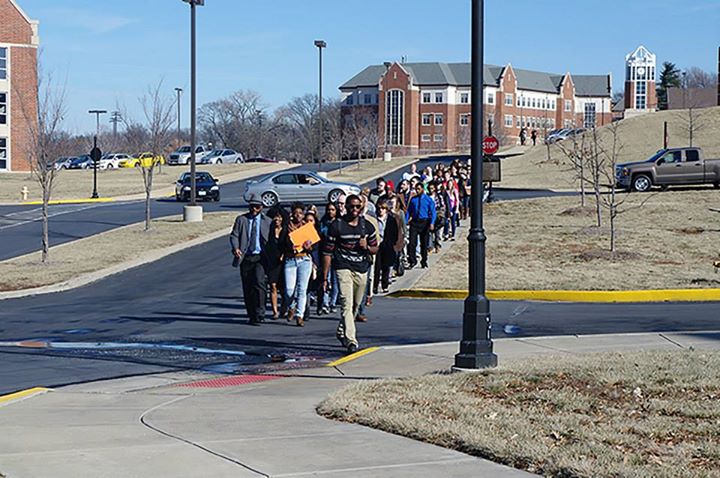 A keynote address by a co-chairman of the Ferguson Commission will be a highlight of Lindenwood University’s ceremonies honoring the Rev. Dr. Martin Luther King Jr. on Monday.

The events, hosted by LU’s Black Student Union, will begin at 1:30 p.m. with a unity march from Harmon Hall to the J. Scheidegger Center for the Arts, passing by the athletic center and Evans Commons.

A program in the Lindenwood Theatre will follow and will include several musical performances, poetry readings and speeches. The keynote speaker will be the Rev. Starsky Wilson, philanthropist and co-chair of the Ferguson Commission. Wilson is the pastor of Saint John’s Church in St. Louis and president and CEO of Deaconess Foundation, a faith-based grant-making organization devoted to making child well-being a civic priority in the St. Louis region, according to a Lindenwood press release.

“Our goal for the MLK Day event is for everyone to be able to come together and commemorate the achievements of Dr. Martin Luther King Jr., while taking steps in the right path to live out his dream,” he said.

While Lindenwood is no stranger to Martin Luther King, Jr. Day celebrations, the university has only recently recognized the day as an official holiday, which will begin in 2017.

“I think it’s a beautiful act that LU is finally observing MLK day as a holiday,” Bland said. “And in my opinion, it’s a little overdue, but this is a significant step in LU embracing the vast diversity of the student body.”