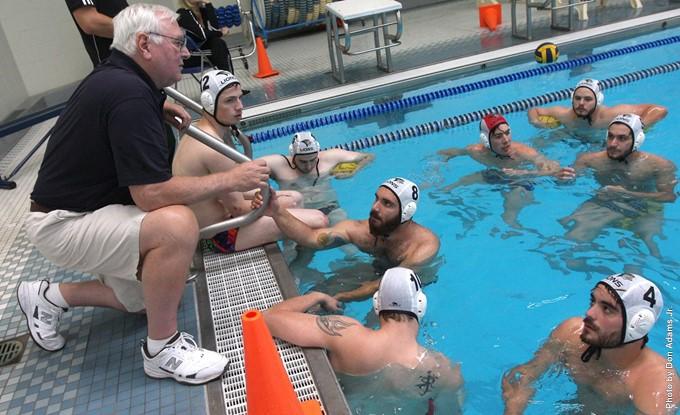 Five members of the national championship winning water polo team were recognized by the Collegiate Water Polo Association (CWPA) as Division I All-Americans for the 2015 season.

The CWPA selects 102 Division I student-athletes. Seven athletes each are selected to the First and Second team with the 88 other athletes receive honorable mention. Selection are based off of nominations by individual teams with each collegiate club voting on the nominated player.

“As far as individual awards go, I feel like any starter on the team could have been named to the All-American team,” said Storic. “It really depended on how the opposing teams adjusted their defense to our high-octane offense.”

“Water Polo has allowed me the opportunity to learn that suffering comes along with success.” said Platero when asked about the work he put in to reach this point.

These honors came after the Lions won their second straight national championship following a 10-9 victory over San Diego State University in the national tournament held in Santa Cruz, Calif.

“Winning an All-American award is a really nice gesture to end the season, but it cannot be compared to winning the championship with my teammates,” said Navarro.

Navarro’s stance on being nominated All-American echoed through the rest of the All-American Lions that they enjoyed winning the national championship more than the post-season honors.

“Being named an All-American makes me proud, but this individual award is a secondary thing, what I really enjoyed is playing together for the National Championship,” said Aldea. “I can’t find a better feeling than winning two national championships in a row surrounded not just by teammates, but by a family.”