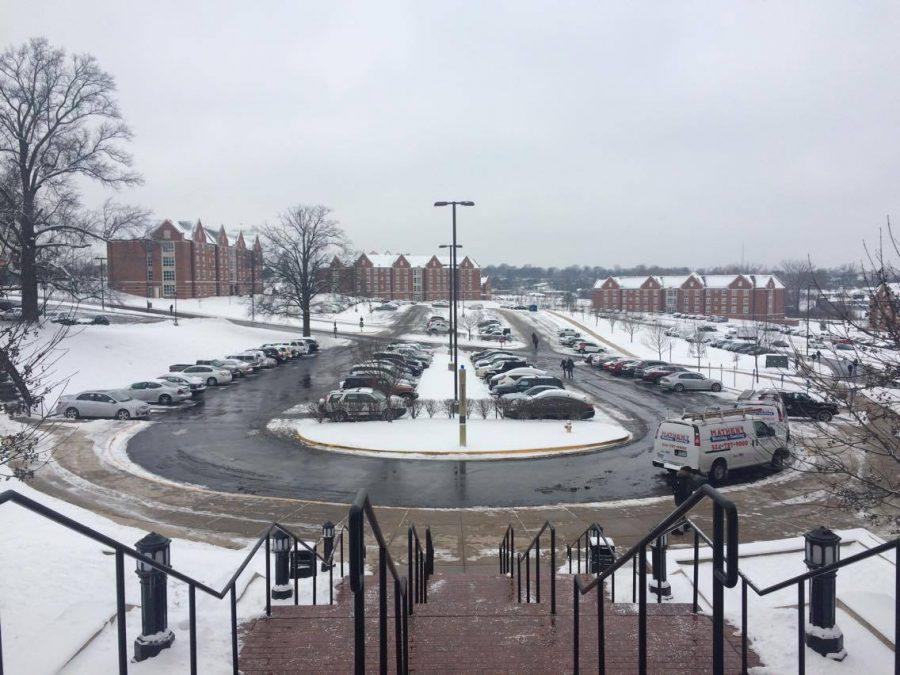 A snow storm that swept through St. Charles in February 2016 cancelled several classes at Lindenwood.
Photo by Phil Brahm

Lindenwood students woke up this morning to temperatures in the mid-teens and about three inches of snow, the first significant snow on campus this winter.

For some students, this was their first experience with the powdery precipitation.

For example, several students from Panama snapped photos of the snow covering trees, the ground and cars.

Julie Fessler, an employee from Spellmann Center cafeteria, said she worried that some students do not have gloves, hats or warm jackets needed for the weather.

“They are not ready for such cold weather,” she said.

Football player Dixxon Diaz from California said he was not happy about the snow. He has an injury and cannot walk without crutches, so for him, getting around is especially hard in this weather.

Students who are not living on campus like Corrion Hardy said she thought classes should be canceled today.

“It is not safe,” said Corrion, who commutes from St. Louis.

Other students said they worked overnight to clear the snow from campus.

“It was cold and windy, but we should try to make life in campus comfortable for students,” said Gutjahr.