Anthropologist to speak in Harmon 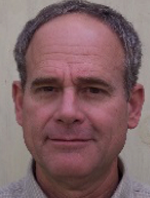 As part of Lindenwood’s attempt to bring in speakers covering international affairs, Tim O’Meara, a professional anthropologist, will be speaking in Dunseth auditorium in Harmon Hall at 7 p.m. today, Tuesday, Feb. 9, 2016. According to O’Meara’s official LinkedIn profile, he specializes in economic development, specifically in the Pacific region. O’Meara is also known for his work with the Asian Development Bank as well as the World Bank.

“We got O’Meara because we wanted to inform our students about opportunities working with the World Bank,” said Ray Scupin, the professor in charge of international global studies.

He is also known for his work with Margaret Mead, a cultural anthropologist who became famous in the 1960s. O’Meara began his international travels in 1979 and assisted Mead in some of her work through the 1980s.

In his talk, O’Meara will cover a wide variety of topics including the economy in the Pacific, and Scupin speculated that “he might talk about Margaret Mead and her controversy with her Samoan studies that appeared in the 1980s.”

Students looking to find out more can attend O’Meara’s talk in Dunseth auditorium tonight at 7 p.m.