Pressure is on star outfielder to shine again 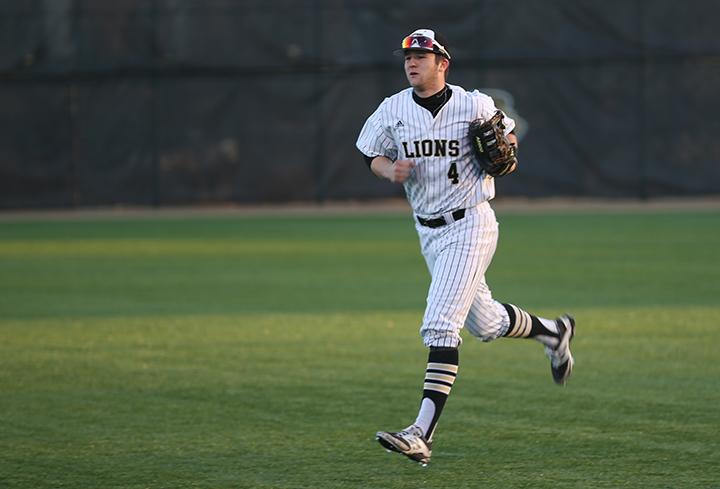 Early last season, freshman Drew Quinones was sitting on the bench watching his team’s starting pitcher go down with an injury. A sequence of events and a shuffling of the lineup landed the nervous freshman out in right field.

Before he knew it, he was at the plate for his first college at bat. The back injury that slowed his progress prior to the season seemed to be erased from his mind immediately as he ripped a triple and stood at third base with a rejuvenated feeling of confidence as well as the well-earned respect of the older players on the team.

That triple was the perfect way to kick off the award-winning season, one that put Quinones in the top 10 in school history in 11 different batting categories, including home runs, RBIs and hits. According to Quinones, he was completely unaware of his own personal achievements.

Although he was unaware of his numbers, others couldn’t miss them. By season’s end he was named ECAC Rookie of the Year as well as MIAA Freshman of the Year.

Pressure never seemed to get the best of the young outfielder. Whether it was the triple in his debut or his 3-for-5 performance in the MIAA tournament, Quinones always seemed to stand tall in the big moments.

With great expectations to live up to this season, the sophomore said, “There’s definitely pressure, but my biggest pressure comes from myself. I expect a lot, and I’m my own worst enemy.”

Quinones uses that self motivation to push himself every game, but works hard to keep himself from getting too low, aware that it takes more than great personal success for the team to thrive. Waiting in the wings is a stacked lineup filled with players capable of putting the ball in play. That assurance, matched with the Coach Bletcher’s emphasis on correctly dealing with failure, has left Quinones with a laid back, confident demeanor entering the season.

One player ready to right the ship behind Drew is left fielder Wes Deneger. Deneger finished the season almost as strong as Quinones. With nearly identical numbers in several categories, the two suitemates played a huge role in each other’s success.

“There’s definitely a lot of friendly competition there,” Quinones said. In many cases, the reigning Freshman of the Year was more familiar with Deneger’s stats than he was his own.

In fact, Quinones immediately brought up the success of his teammates any time personal accolades were brought up. No matter how much outsiders may urge him to talk about his own personal success, he maintains that team success will always be the most important thing.

After a career season, Quinones’ goals for this year are simple: winning.

“First team all state would be great, but winning is most important,” he said. “We have arguably the best team we’ve ever had at Lindenwood, and team chemistry is unreal right now.”

The only long-term goal Drew Quinones has set is that by the time he leaves, he wants Lindenwood to be a baseball powerhouse. He confidently believes it starts in 2016.