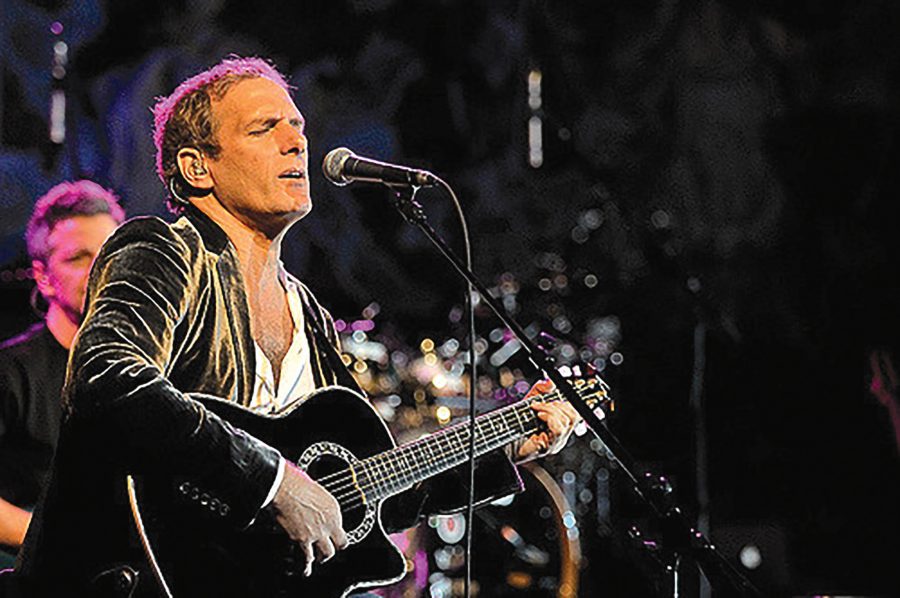 Singer and songwriter Michael Bolton is set to perform at the J. Scheidegger Center’s Lindenwood Theater on Thursday, Feb. 11 at 8 p.m.

Bolton, born in New Haven, Connecticut, in 1953, began his first solo effort as a recording artist in the 1970s under his surname, Bolotin, before signing on as lead singer in a short-lived heavy metal band called Blackjack. After Blackjack parted ways in the mid-1980s, the singer changed his name to Bolton and revived his solo career with the 1983 solo album self-titled “Michael Bolton.”

Bolton has led a highly successful music career, selling more than 53 million albums and singles worldwide. His solo accomplishments include two Grammys, six American Music Awards, and more than 24 other accolades, ranging from “Songwriter of the Year” to the Hitmakers Award from the Songwriters Hall of Fame.

His work is as diverse as his recognitions. Bolton has made appearances in a wide variety of musical works, ranging from the Oscar-nominated “Go the Distance” from Disney’s “Hercules,” to The Lonely Island’s hit song “Jack Sparrow.”

His encounters with legends of music have been more numerous than his cinematic references in “Jack Sparrow.” He has played guitar with BB King, collaborated with Lady Gaga and has co-written songs with Bob Dylan. His own work includes eight Top 10 ranking studio albums and nine No. 1 singles.

On a more serious note, he is involved in a wide array of assistance toward humanitarian causes. His foundation, the Michael Bolton Charities, has advocated for the benefit of women and children at risk for 20 years. Bolton has received several acknowledgements for his activism, including the Martin Luther King Award, given by the Congress of Racial Equality.