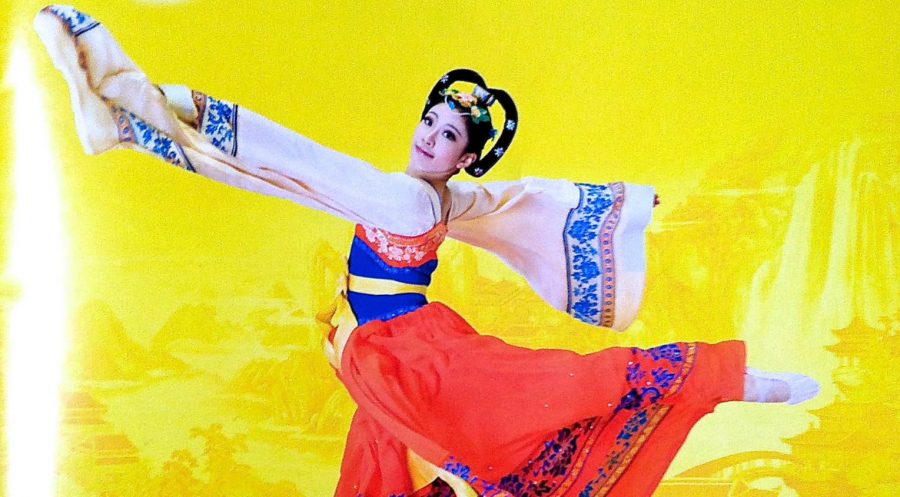 “Shen Yun”, a Chinese production that includes dances and opera performances made its way to the St. Louis Peabody Opera House and ran Friday-Saturday.

The show comprised of 16 dances that portrayed stories of Chinese history based on true occurrences and fictional tales. There were three vocal performances, which concentrated on western religion, Heaven and atheism, and one performance by Lu Sun on the erhu, which is a two-string harp.

Visually, the performance did not disappoint as it contained vibrant, traditional handmade Chinese costumes, including the long silk sleeves on the women’s dresses and warrior attire for men.

The flexibility and grace of the dancers was breath taking, as they glided through the air with such ease that they seemed weightless. At some points, as the performers leaped through the air, the gravitational pull seemed to stop because they lingered longer than what seemed possible.

A personal favorite dance was “Drums of the Grasslands” in which male dancers incorporated thin-skinned paddle drums. The traditional dance usually takes place on the grasslands of Magnolia and evokes images of flying eagles and wild stallions, sources say.

Between each performance, two speakers described the meaning behind the upcoming act and the effect it had on China, both in English and Chinese. A main message they described was if the performance would take place in China today, the performers involved would be arrested because such historical depictions, or speech, are forbidden.

If gymnastics, Chinese culture, dance, history and songs are of interest, I recommend going to “Shen Yun” when it returns to a venue near you. Even though two hours is a somewhat lengthy time, the performance was educational and mesmerizing.