A life of pageant gowns and artist aprons 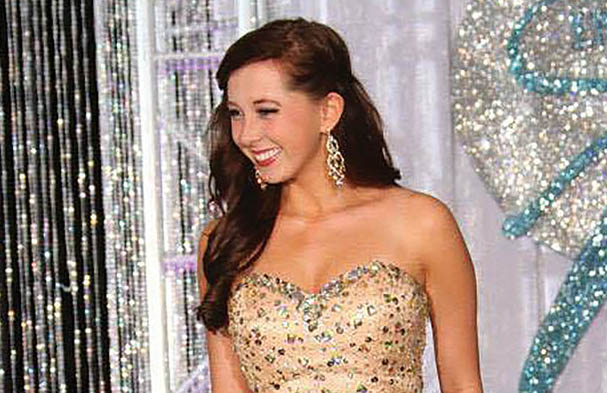 Photo courtesy of Taylor Kudalis Kudalis has been participating in pageants since she was 14.

Taylor Kudalis has a long resume, including full-time student, pageant participant and even TV actress. Kudalis is getting her bachelor’s degree in studio art at Lindenwood, along with a minor in education. She knew she wanted to do art from an early age.

“I had a really inspirational teacher in high school, who is pretty much the reason why I am doing what I am doing right now,” Kudalis said.

She has many different talents and passions, one of which is dance. To continue her dance career, Kudalis joined the Golden Line, one of Lindenwood’s cheer and dance teams.

“I am the captain of the Black Team of the Golden Line,” she said, “I’ve been on that team for three years now, and I will continue to do that until I graduate.”

She said knew she was good at different arts since she was in high school. She had starring roles in television shows such as “AP Life” and “Three Vignettes.” However, acting was not her priority.

“I did acting in high school,” she said, “but the main performance thing that I do right now is pageants.”

The multi-year pageant participant will be competing for the Missouri Central State Pageant for the next two weeks, where she has been runner up multiple times, as well as Miss Congeniality and Miss Photogenic.

“I have been doing pageants since I was 14,” she said. “They have definitely changed my life.”

Being a student ambassador, Kudalis naturally loves Lindenwood. She said, “I just really love the beautiful campus because it is the perfect size.”

Originally, Kudalis was drawn to Lindenwood because of the arts program.

“The program is not too big that I don’t get noticed, but big enough that I have competition, which will prepare me for the real world,” she said.

After Kudalis graduates in 2018, she wants to travel and help people around the world.

“I am planning on joining the Peace Corps and do mission work,” she said. “I also want to study abroad and I’ll possibly continue pageantry in the future.”

After exploring the world, Kudalis wants to coach dance teams and eventually start teaching art. But before, she wants to find her place in the world. She said, “I’m not exactly sure where I am going to end up in the future, but I definitely want to travel a lot and see where I feel home.”