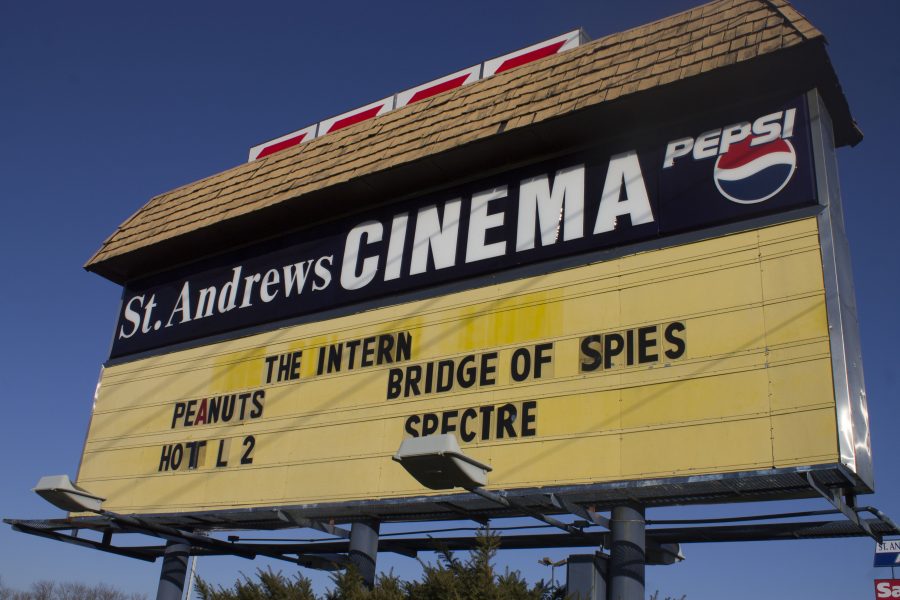 As an answer to the prayers of many St. Charles county moviegoers, the St. Andrews Cinema still offers, as previous owner and operator John Moseley said in a 2014 interview, “the best deal in town” with $1 second-run movies.

However, the local film-loving community was afraid that the beloved discount theater, which has been offering $1 shows for more than 30 years, would be no more after the announcement in June 2015 that the theater would be closing.

Lindenwood alum Steve Kornfield started a Facebook group to raise awareness of the situation, which propelled the company’s business that summer into the fall, until the announcement in September 2015 that the doors would stay open under new the ownership of Indian immigrants Srini Bhuma and Shiva Sontha.

St. Andrews Cinema’s current general manager John McCaleb also has a personal history with the cinema prior to his 27-year employment.

“I used to come here as a kid. I was actually born and raised right back here in St. Charles Hills,” said McCaleb, who cited “A Few Good Men” as one of his favorite films. “I rode my 10-speed bike up here and actually ran into the owner outside and we struck up a conversation. That’s how I got a job here.”

McCaleb notes that business has not particularly improved under the new management so far, but adds that the winter season is commonly a slow period for the theater. He optimistically anticipates further attention with changes the new owners are set to make.

“We’re slowly rolling into what the new ownership wants to do,” McCaleb said. “They’ve started obviously by kind of updating some things in the theater… They’re computer guys, so they’re putting everything on computers.”

McCaleb continued by saying that the new owners are working on getting social media sites up, such as Facebook and Twitter, to reach out to a younger, student-aged crowd. There are also plans for future renovations to the buildings, including revamped bathrooms, new carpeting and even expanded the three-screen theater to five screens. The owners plan to use the upcoming new space to show films from their home country of India.

The St. Andrews Cinema, which employs a staff of 18, including one Lindenwood student, is also currently hiring.

“I’d love to get some more Lindenwood students,” McCaleb said.

Despite the recent alterations it has faced, its community attention has not died down and neither will its “best deal.” As McCaleb claims, “The Dollar Show is always going to exist.”