Opinion: Decriminalizing drugs could end abuse, addiction epidemic in US 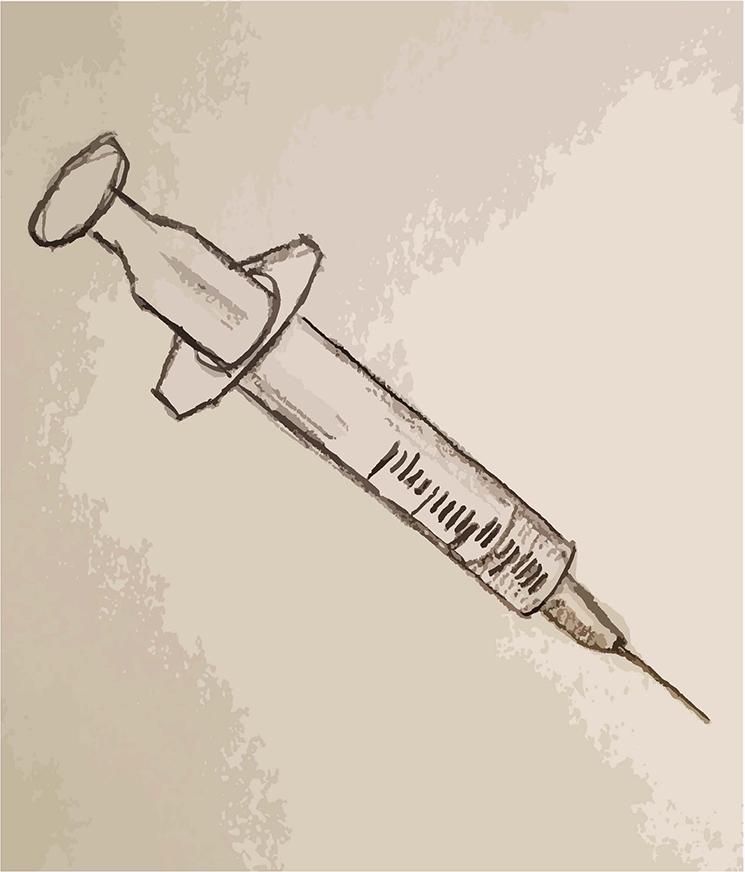 Illustration by Andria Graeler Sketch to illustrate the use of addictive and harmful drugs.

I am not going to waste any of your time trying to introduce this topic, because I find it to be one of the most important things to talk about today: drugs, addiction and legislation. Drug abuse and drug addiction are major problems in the United States, and especially in Missouri. According to the Partnership for Drug-Free Kids, 23.5 million people are addicted to drugs and alcohol. The site qualifies that number by pointing out that it is “approximately 1 in every 10 Americans over the age of 12.”

Since Reagan’s era of the War on Drugs, there has not been much success with eliminating the problem. The war on drugs was supposed to create a happy, healthy and drug free United States. There have been some successful treatment and resources made available to those struggling with addiction and abuse, but the goal was to make more strict prison sentences for those caught dealing and using any drugs that are illegal. This was to be an incentive for people to “just say no” or else they would be slapped with a mandatory minimum, and sent to jail. The war on drugs has been raging since Reagan, so why are drugs still a problem? I honestly cannot tell you. I am no expert in law or the things that

motivate people to abstain from drugs, but I can tell you that I have done a fair amount of research into the topic.

All drugs should be legal. Not just alcohol, not just cannabis, but heroin, cocaine and all the other scary ones too. I know this seems like a counter-productive way to help with drugs abuse. Most people shudder at the thought of all drugs being legal, and wonder how that would ever work. If you want something to go away then you make it illegal, right? Well, not necessarily.

Jeffrey Miron, an Economist from Harvard University, in a video hosted by Big Think, explains why making drugs illegal is counterproductive. Miron said that there are far worse potential outcomes from criminalized drugs. Illegal drugs do not get rid of the drugs, but it pushes the market underground. Underground markets are violent, corrupt, there is little to no quality control, and it sheds the ability to allow those with medical needs to use these drugs.

If all these drugs were legalized, it would typically look the same as it does now with alcohol. The average person may use them in moderation, and a small portion of people would be addicted. These addicts would be doing more self-harm than societal harm.

Portugal decriminalized all drugs 15 years ago, and according to the Transform Drug Policy Foundation, rates of drug use have declined steadily in the years since. The great success of Portugal cannot all be attributed to the legalization of drugs, but it is a major sign that it could be the next step for the United States.