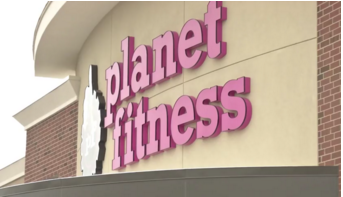 Gyms throughout areas of St. Charles, St. Louis and western Illinois are seeing an alarming rate of car break-ins, according to police.

St. Peters’ police officer Melissa Doss said she is not surprised about the targeted locations.

“It’s very easy. It’s considered what we call an easy target. There are a lot of people who leave those items in their car and leave them in plain view because they think, ‘I’m just going to be in there for an hour, what are the chances,” Doss said.

Mike Hamilton is the COO for Planet Fitness Midwest, the Planet Fitness franchise owner in this area.  According to him the locations have given all surveillance footage to the police in hopes of finding a suspect. He said Planet Fitness is also offering a $1,000 reward to anyone with information leading to an arrest. But according to Officer Doss, the police don’t have any leads.

“The highest crime we have through all of St. Charles County is stealing. This is a nice area and criminals prey upon people being trusting,” Hamilton said.

Doss said the criminals have broken the window and taken items from the front seat in every case. The most common items being stolen are purses and wallets.

Michelle Conoyer, a Planet Fitness member, said she is surprised by the recent crime in her hometown. She said she always left her purse in her car, until now.

“I will definitely change my habits. I will be taking my purse inside and getting a lock and putting it in a locker instead of leaving it in my car,” Conoyer said.