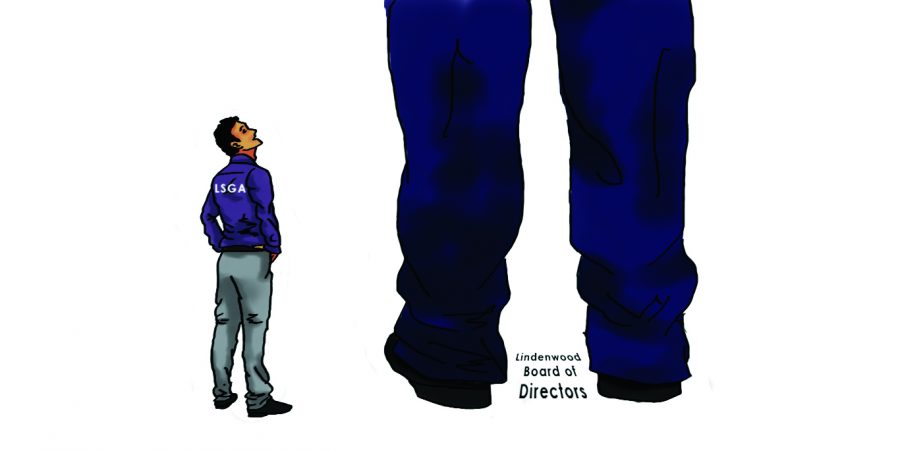 Extended visitation hours, a campus-wide tobacco ban and several other proposals have all made their way across the agenda of the Lindenwood Student Government Association so far this semester. Seeing this proactive group of students continue to work towards improving the campus has been amazing, and this trend is likely to continue as it does each semester.

After sitting through several of the meetings, it is hard to ignore the reality of the LSGA’s role at the university; a role that is less than ideal.

On Feb. 10, a presentation proposing the purchase of four life-sized lion statues was placed before the general body, which consists of representatives from the campus’ clubs and organizations. Afterward, several questions were asked about the specifics of the proposal only to be answered with a response that is standard in LSGA.

When answering questions, senators constantly remind the representatives that they are simply voting on an idea, and the board of directors will determine all the details of the proposal on their own. Without any indication of how much the statues would cost or what they would look like, the representatives were asked to return the following week to vote on the subject.

As bizarre as it may be, this process is common procedure with all LSGA proposals. When students cast their vote, they are dealing with nothing more than a basic idea.

The system can be easily put into perspective by comparing it to a choice every student on this campus has made; deciding whether or not to attend Lindenwood.

Imagine if the university had reached out to you with the proposition of becoming a student. While they make a great pitch, they do not include any details about what it is actually like to study at LU. The degree programs the school offers are not discussed. Your options for housing are not mentioned. The cost of your education is not determined. You have no idea what the campus even looks like, yet you are forced to make a decision.

The basic idea may be appealing, but without any other information, how realistic is it to make a choice?

While choosing to attend a university is far different than approving a proposal for lion statues, the principle is certainly the same. The details of a proposition are needed in order to make a competent and efficient decision.

A group of students who have been chosen to vote on proposals in the best interest of their fellow peers should not be asked to do so blindly. If the voice of the students is truly valued by those running this university, it should play a greater role in determining whether or not these ideas come to life.

Coming up with ideas is easy, but determining how they will be implemented is hard. It is not a task that should be left exclusively to the administration, but one that requires the genuine involvement of the students as well.